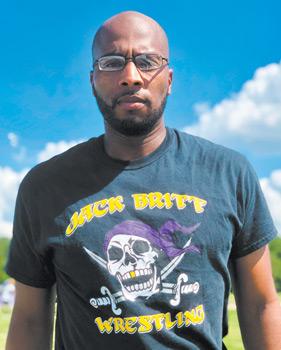 Those three words dominated the theme of spring workouts at Jack Britt High School this year as head coach Brian Randolph sought to avoid a repeat of what happened last fall when his Buccaneers lined up against Sandhills Athletic Conference powers.

“Last year we had a huge issue with getting pushed around in games when we played the bigger teams,’’ he said. “We wanted to get bigger, faster and stronger. Coming out here in the spring, we wanted to get better at the fundamentals, getting the small things right.’’

The Buccaneers didn’t get everything wrong under Randolph in last year’s season. They finished 6-6 overall and 4-3 in the Sandhills, which was good for a tie for fourth place with Pinecrest. They scored a big win over perennial power Richmond Senior and advanced to the state 4-AA playoffs where they suffered a first-round loss to Raleigh Millbrook.

Heading into the summer workouts, Randolph expects his defense is going to have to carry the Buccaneers this fall until some offensive holes can be filled.

“I think we’ll have a pretty good senior class coming back, especially on defense,’’ he said. That depth is highlighted by the return of four linebackers and a couple of solid defensive linemen. 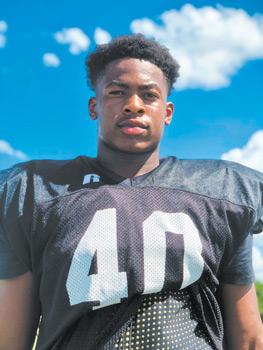 Losses at the skill positions will complicate things on offense. Among players Randolph will be counting on there are quarterback Brennan Shortridge, who returns after throwing for 1,524 yards and 13 touchdowns.

Chancellor Johnson, younger brother of former Buccaneer star Eric Johnson, is back at running back as is a speedy Cornell Raynor.

A key jack of all trades returns in Michael Matthews, who will be called on to play multiple positions on offense and defense, but he’s getting college offers as a linebacker.

“We want to work on getting better as a team, becoming a family,’’ Matthews said. “We want to be the best we can be. We feel like we’re going to have a great season.’’