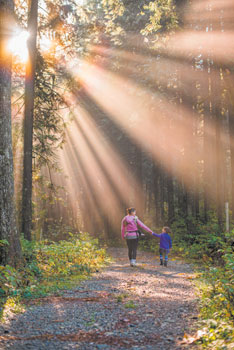 In 2017, I was pregnant — not “super” pregnant, as in I could still see my feet but could still rest a soda can on my belly without it spilling — and I stumbled upon a video on Facebook of a college acquaintance and her 2-year-old son. She was sitting on the floor folding laundry while her son ran around the room giggling and playing. As I watched, I noticed she was asking her son a series of simple questions about God, called catechisms, most of which required an answer of only a few words.

Tears. I cried big crocodile tears as I watched it over and over again, joy beaming from the child's face as he responded to her questions, sometimes on his own, sometimes with her guidance. She was teaching her sweet 2-year-old boy who God is and how much he loves him — the call that is on every person's life if they claim to follow Jesus. That was discipleship (teaching and instructing others  about who Jesus is) in its simplest form and I needed to take notes.
That has always baffled me. Where do you even start with someone, anyone, much less a child,  to tell them that there is a god who created the universe and everything in it, who specifically thought of them and formed them in their mother's womb, who has a plan and a purpose for their life, when they have no framework for who he is? How do you tell them that he sent his son Jesus, who is also God and part of the Trinity — pretty confusing, to Earth because of this ugliness called sin that's inside the human race, to die for them and save them from sin, so they can know him and his love and spend eternity in heaven? Yeah, say that five times fast. For someone who didn't grow up in church or around church, or has a bad taste in their mouth from people who call themselves Christians, it sounds absolutely insane, and I see that.

But on the other hand, what a weighty, beautiful, glorious responsibility to start with a blank canvas — a child. Its almost too much to bear. It's terrifying. Disciple-ing my son means not only am I telling him about Jesus, but I'm teaching him. He's an eye witness to my life — my life with all of my sin, selfishness, pride and mistakes. He's going to observe how I'm living, and eventually what he will think about Jesus will be colored by whether or not I was a big, fat phony, or whether I truly tried to live for what I say I believe. He will see how I handle relationships, discipline, my health, blessings, heartbreak, finances, our home, apologies, loss, tough emotions, asking for help, hard work —the list goes on.

My relationship with Jesus directly affects my son's future relationship with him, but here's the crazy thing about all of it: There is nothing I can do in and of myself to make him believe. Nothing. Nada. Zip. Zilch. The Holy Spirit must do something miraculous and supernatural with my measly attempts to show who he is and how he works. Then my son must make his own decision. I just pray with all my heart and soul that God will burn the “fake” out of me, that I learn to trust him more and that what was promised to the prison guard in Acts 16:31 was a promise for my family as well — “Believe in the Lord Jesus, and you will be saved, you and your household.”
May he choose you, Jesus. I pray I will, too. 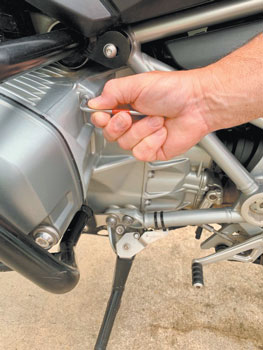 A few weeks back, I wrote about riding to Sturgis, some of the preparations I did beforehand and some ideas to help make your future rides more comfortable and enjoyable. Today, let us talk about after the ride.

For Sturgis, we rode over 4,500 miles. When I returned, I unpacked and let her sit for a few days. My bike, named Traveler, was pretty dirty. A few days later, I washed her off and then brought her into the garage and broke out my cleaning supplies and my tool kit.

I usually start from the top to bottom. I remove the windshield and set it aside. Then I apply Honda Spray Cleaner and Polish around the bike to give a sharp-looking polish and clean. I have used this product for years. More recently, I have bought it by the case on Amazon. It does a beautiful job of cleaning my bike, plus it makes me touch every square inch of the bike.

As I go over every inch of Traveler, I take my tools and ensure that every nut and bolt is tight. During your travels, something will inevitably start to come loose. This little preventive maintenance will save you a lot of time and money down the road if something pops off.

I use window cleaner on the windshield and replace it on the bike.

Lastly, I take the GPS off and download my route and any extra waypoints I saved and clear up my GPS's memory.

Once the bike is finished, I know she is ready for our next adventure.

If there is a topic that you would like to discuss, you can contact me at motorcycle4fun@aol.com. Ride safe!

Click on the links to visit the corresponding web pages.

Better Health's Evening at the Theater

Museum of the Cape Fear 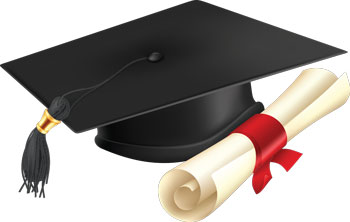 The number of people using the Post-9/11 GI Bill has fallen substantially for each of the past two fiscal years, federal data indicates. About 54,000 fewer people used the GI Bill in fiscal 2017 and 2018, a 7% decline both years, according to data from the Department of Veterans Affairs. Officials of veteran service organizations, and some of the schools that enroll the greatest numbers of GI Bill users, said they’re not overly concerned about the falling GI Bill usage — at least not yet. Fayetteville Technical Community College has been ranked No. 2 by Military Times in its “Best for Vets: Career & Technical Colleges.” Schools like FTCC, which have put the most thought and effort into tailoring programs and policies around veterans’ unique experiences, have experienced growth.

Experts offered several possible explanations for declining enrollments, including more vets earning degrees, GI Bill rules that could be discouraging vets from using the benefit and the strong national economy. Meanwhile, public universities continued to account for most GI Bill students. “A lot more of the public and the not-for-profit private schools are offering distance education now,” said James Schmeling, executive vice president of Student Veterans of America.
For years, the for-profit University of Phoenix has enrolled more GI Bill users than any other institution, but it has seen plummeting GI Bill enrollment recently. In fiscal year 2018, the school shed more than 5,940 Post-9/11 GI Bill students — about 21% — dropping to 22,428 such students. The school declined to answer questions about its falling GI Bill enrollment.

The recent overall drops in GI Bill usage in fiscal 2018, among all universities, mirror a similar trend affecting military tuition assistance, which saw usage rates decline 6% from fiscal 2016 to 2017 and then go down another 2.5% from fiscal 2017 to 2018. The 7% declines charted in fiscal 2017 and fiscal 2018 were calculated by adding all schools’ GI Bill populations and comparing year-on-year changes.

In addition to enrollment losses, the amount of money spent on GI Bill benefits decreased by nearly $287 million in fiscal 2018 to about $4.6 billion, a 5.9% drop.

Officials offered a variety of theories to explain the falling numbers. “A reduction in beneficiaries may indicate more veterans successfully complete degrees and are moving into the workforce,” said John Aldrich, a vice president at the country’s fourth most popular GI Bill school, American Military University, a for-profit institution.

Another possible explanation Aldrich offered is that students may be turning away from the GI Bill because it shrinks their housing stipends if they attend school entirely online.

The Forever GI Bill, signed into law in August 2017, allowed anyone who left the military after January 2013 to use the GI Bill at any time in the future. Previously, all benefits had to be used within 15 years of separation. In addition, officials pointed to a common higher education trend: More people go to college to improve their job prospects in bad economies, while fewer go to school when the economy is strong. 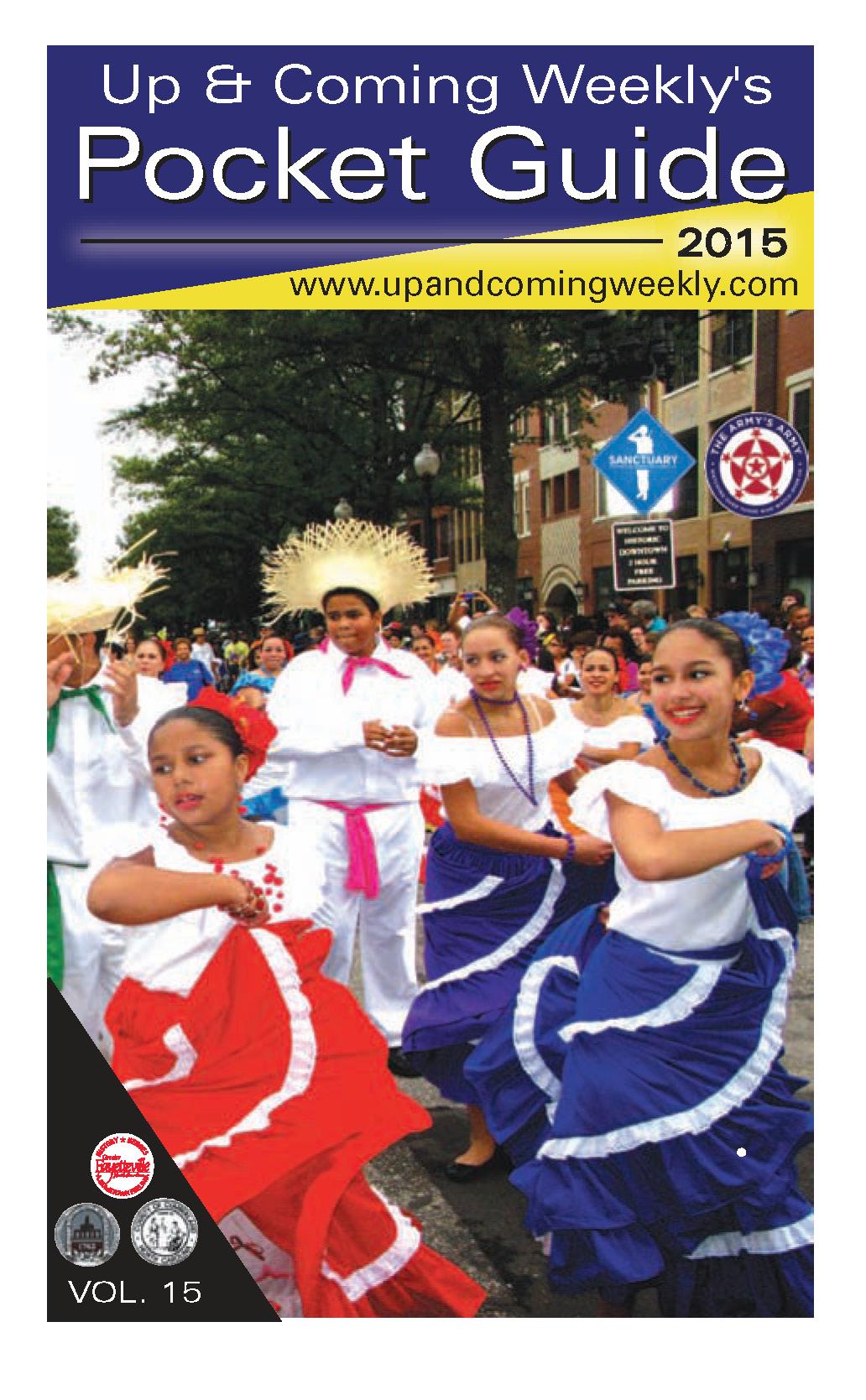