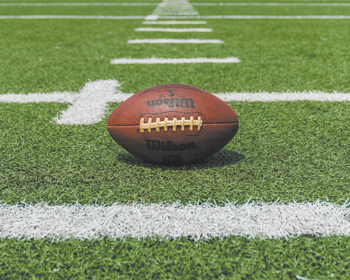 Twitter can be a wonderful thing, especially when you heed the advice of Coach Herman Edwards, one of my heroes, and don’t press send before you transmit something ignorant into cyberspace.

One of the best ways Twitter is helpful is as an archive to record statements and promises people have made in the past to see if they’ve lived up to them.

It was just five years ago in late January when the Atlantic Coast Conference released its 2015 football schedule. I happened to save a portion of the press release from the North Carolina High School Athletic Association on Twitter, when that schedule included Friday night college games going head to head with high school football.

Here is what the statement said:

“At the NCHSAA we believe Friday nights should be reserved for high school football as the tradition has been for a long time. The ACC has indicated this should not be a regular occurrence, but there are contractual obligations out of our influence and control. We will maintain our focus and hope fans, parents and supporters of high school football will continue to attend local games on Friday nights in the fall.’’

Fast forward to late January this year, when the ACC released the 2020 football schedule.

Let’s quickly examine that second sentence. “The ACC has indicated this should not be a regular occurrence, but there are contractual obligations out of our influence and control.’’

Why am I immediately getting an image of Pinocchio with the growing nose from the insurance commercials?

On the 2020 ACC schedule, from Friday, Sept 4. until Friday, Nov. 27, there are eight Friday night football games. That includes a doubleheader on Friday, Sept. 4, and six games that will take place during the thick of the regular season.

Most people have given up on fighting the Friday college football trend, saying it’s a lost cause and that the colleges will never walk away from all that money and exposure.
I’m not among them. Neither, fortunately, are some of the college football coaches.

One who has spoken out frequently against the Friday night games is the University of North Carolina’s Mack Brown. As soon as it was announced his Tar Heels will host North Carolina State on Friday, Nov. 27, Brown issued a statement saying he disagreed with playing college football on Friday nights and is lobbying for that game to be scheduled for an afternoon kickoff so it won’t interfere with the state playoff games that will be held that evening.

Other people who’ve given up, including many in the media, tell me I’m complaining for no reason. I heard some talking heads on a regional radio show say they didn’t see college games on Friday having much impact on high school football. They noted with the advance of technology you can easily watch a college game on a mobile device while you sit in the stands at a high school game.

That may be true in some locations, but not everywhere. I’ve been to a few high school stadiums in my day, and most of them didn’t have the benefit of free Wi-Fi for everyone to plug in and use their smartphones without draining the data they’ve purchased.

I bet that’s especially true in the rural areas of the state where small, unsuccessful football schools count heavily on every dime they get from gate receipts when people come to the game to watch.

Yes, diehard fans are going to show up for high school games. I won’t argue that. But high school football pays the way for the entire athletic program at a lot of schools, and it needs every walkup ticket from casual fans it can get.

Throw in an inviting college game on TV on Friday nights, add some inclement weather, and it’s likely going to hurt everybody’s gate.

College football coaches have some clout, and I beg them to make use of it. Band together. Don’t let voices like Mack Brown and a few others be the only ones out there in the wilderness with me complaining this is wrong.

Reach out to your boosters, your alumni, your average fan, and preach to them that this dog does not hunt and it’s time for the NCAA to stop desecrating the rich tradition of Friday night high school football with the college brand.

Let’s give Friday nights back to the high school coaches and players.

Whenever the Fayetteville Sports Club announces its newest Hall of Fame Class, after the congratulations are handed out, one of the first things I hear is, “Why is so and so not in the Hall of Fame?’’

The best answer I can give is they likely haven’t been nominated. The committee that picks the Hall of Fame members is not omniscient and doesn’t have a crystal ball that shows every viable candidate when it sits down to vote.

If anyone has a candidate in mind that should be considered, nominations are welcome, but it should be much more than an email saying this person deserves to be chosen. Anyone who’d like to nominate someone for the Hall of Fame can send the information to me at earlucwsports@gmail.com and I’ll forward it to the committee.

Please include as much background information on the candidate as you can, including major athletic accomplishments, providing documentation for why the individual should be chosen.

This year’s class will be honored on Wednesday, Feb. 26, at 6 p.m. at Highland Country Club. Tickets are $50 and can be purchased by contacting Ashley Petroski at Nobles and Pound Financial at 1315 Fort Bragg Road. The number is 910-323-9195.