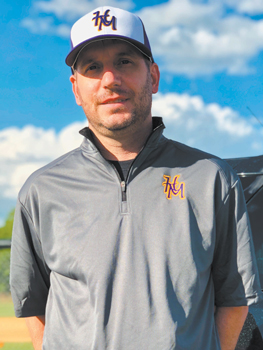 The local sports scene took another hit last week as state American Legion baseball officials announced there would be no season for the sport this summer in North Carolina due to the COVID-19 pandemic.

That followed an earlier announcement by the American Legion that regional and national playoffs were also canceled.

Mark Kahlenberg, who coaches the lone Cumberland County entry, the Hope Mills Boosters, said discussions had been ongoing about the fate of the season in recent weeks, with state Legion officials announcing they would reach a decision on baseball this summer somewhere around April 13.

While no official American Legion baseball season is planned, there has been talk among coaches of some of the teams coming up a non-Legion baseball alternative that would provide those programs around the state that wanted to participate a chance to have something.

Kahlenberg said he’d seen a list of some 10 to 12 teams interested in the alternative season. He also said some teams from the northern part of South Carolina had expressed interest in joining the North Carolina teams if South Carolina should decide to cancel its American Legion baseball season.

But Kahlenberg had multiple reservations about the possibility of a non-Legion baseball league. To begin with, he’s not certain the backer of the Hope Mills Boosters, the Massey Hill Lions Club, would be willing to fund something not affiliated with American Legion baseball.

Further, there would be more expense involved than just paying for officials and travel. Any Legion teams that played in the alternative league would not be allowed to use their official American Legion baseball uniforms or even the official baseballs stamped with the American Legion logo.

Another big concern would be providing for insurance for the players. Kahlenberg said he’s almost certain any policy the teams could purchase would be unlikely to include coverage for the COVID-19 virus. “If something did come up with the virus, I don’t think I would want that on my plate,’’ Kahlenberg said.

Finally, he expects there will be a problem for many teams finding a place to play. The Boosters traditionally play their home games at South View High School. As part of the Cumberland County Schools, South View’s facilities are closed because of the virus, and Kahlenberg doesn’t think they will be opened just for a team that’s not affiliated with American Legion baseball.

The Boosters were also scheduled to play two games at Campbell University, which is also currently shut down.

Kahlenberg is about a month away from the time he would normally have been organizing this year’s team for its first game. According to longtime American Legion baseball coach Doug Watts, who retired in 2018 after 51 years with the program, this will be the first time since 1965 that Cumberland County hasn’t fielded an American Legion baseball team.

A change in the enrollment numbers meant Hope Mills might have been able to add another school to its base this season.

The thing he will miss most, Kahlenberg said, is the camaraderie with the players.

“You have your late nights on the road,’’ he said. “That’s a lot of stories we still talk about. That’s the fun part of it.’’