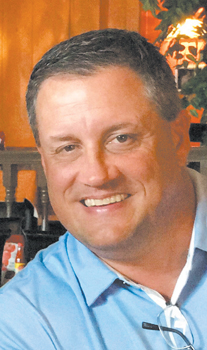 Like everyone else who considers themselves a fan of high school football, Trey Edge is trying to stay optimistic that the powers that be making decisions about whether the sport will be played this fall in North Carolina are looking into all the options possible for safely returning coaches and athletes to the practice and playing fields.

But at the same time, the radio voice of Terry Sanford High School football broadcasts is realistic enough to know the COVID-19 pandemic presents an array of challenges to everyone involved that is difficult to sort through.

“The kids’ health comes first,’’ said Edge, who was a quarterback himself during his high school days at his alma mater Terry Sanford. “It’s also an issue of how do you test everybody. It’s a money thing.’’

He added that’s the big difference between football at the professional, college and high school levels. Both the NFL and college football have deeper pockets to afford the expensive testing that COVID-19 requires. High schools don’t have that luxury, without considerable outside assistance that’s not readily available.

That’s ironic because high school football is the major source of revenue for schools to support the entire athletic program. “The fear is we don’t get to play this fall,’’ Edge said. “The bigger fear is that these kids are okay. It’s a lot of responsibility for the county and the coaches.’’

As a former player, Edge has memories of what a high school locker room is like. He agrees with Pine Forest football coach Bill Sochovka, who recently compared working with a football team like the environment of a petri dish where bacteria is grown and studied for experiments.

“It sounds barbaric to talk about it but it’s sweat and it’s dirt,’’ Edge said of the atmosphere in a locker room after both a practice and
a game.

“Preventing that spread from even starting is a big problem. I think you have to go into it with wide eyes and know someone, somewhere is going to test positive. Then what happens when they do?’’

Edge said a bubble like the NBA, WNBA and NHL are using is out of the question for high school sports, adding that coaches and athletic directors will have to be especially creative in finding a solution to the problem.
As a starting point, he said it’s critical everyone continues what’s being done: masks, social distancing and washing of hands.

While some coaches have pushed for a return to practice, saying we need to accept the disease for what it is and just be as safe as we can in spite of it, Edge said the safety of the athletes has to remain the top concern.

“I can understand the desperation,’’ Edge said. “It’s a moving target. We miss football, but can you find a way to do it?’’