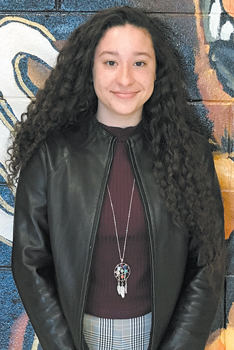 Rozier has a grade point average of 4.25. She is a member of the National Honor Society, the Thespian Honor Society, Future Farmers of America, 4-H, Girl Scouts, musical theater, chamber choir and the journalism and yearbook staffs.

Lindsey has a grade point average of 4.0. She is in the Thunder Hooves 4-H Club, the Volunteer Youth Leaders County Council, Future Farmers of American and National Honor Society.

The COVID-19 pandemic has created the worst possible situation for high school coaches and their athletes. They are prevented from even seeing each other for the most part, much less engaging in any kind of organized workouts.

Athletes who want to try to stay in some semblance of competitive shape as they await the day they’ll be able to return to the practice and game fields have to do the best they can with working out at home.

Sheri Squire, who has been an athletic trainer for nearly 20 years, almost a decade of that time at Terry Sanford High School, said it’s important to set limits and follow common sense guidelines when doing any kind of home workout for any sport.

Squire suggests limiting yourself to about five days of working out a week with a maximum of 30 minutes of workout per day. It’s important to vary the type of workout so the body doesn’t get used to a routine of what to expect. “That’s why three-sport athletes are wanted by the pros,’’ Squire said. “They learn to adjust their muscles for different sports. Don’t do the same exercise each day.’’

One critical part of working out at home, especially now, is to make sure all the muscles have been properly warmed up before beginning. This will help prevent the possibility of injury, which is the last thing an athlete needs with access to proper care limited by the quarantine and an already overly taxed professional healthcare system.

When putting together a home workout, Squire said the safest thing to do is remember what coaches have taught in the past. Many coaches are sending their athletes home workouts that involve exercises the athletes have already done, or minor variations of those exercises.

“They’ve been taught how to do them and do them safely,’’ Squire said. “They’re not going to say jump on the roof and let’s see what your vertical is.’’

Workout clothes should fit properly and be suited to the weather you’ll be working out in if you’re outdoors. Check your workout shoes to make sure they are in good shape and ready to wear.

It’s also vital that the athlete eat well before working out and make sure he or she is fully hydrated.

One of the biggest problems with home workouts is coming up with equipment for weightlifting if the athlete doesn’t own a set of weights. Makeshift weights an athlete can try are soup cans, which weigh about a pound each. A milk jug filled with water or sand weighs about eight pounds. Filled paint cans are about 11 pounds.

Squire said athletes need to be careful trying to lift heavy objects that are not uniform in shape and weight. She compared it to trying to lift barbells with 30 pounds on one end and 80 on the other.

To make sure your weight is evenly-balanced and works well, she suggests getting in front of a mirror to see what it looks like in use.

Working out at home with family can be a good experience, but Squire issued caution about asking family members to help with spotting heavier weights when doing weightlifting.
Parents and siblings who don’t have experience spotting for someone lifting heavy weights shouldn’t be put in that position and risk getting someone injured.

In some cases, it may be better for the athlete to look into something safer. As Squire said earlier, stick with basics and things you know rather than trying to push the limits.
Another suggestion on heavy equipment is to decide if it mimics something actually used in normal workouts, like the blocking sleds used in football practice.

Squire has seen athletes tie a rope to farm equipment and try to pull it. “It is similar to the sled they try to pull or push?’’ she said. “Be smart about it.”

Some athletes use family pets, like dogs, to lift, but Squire said you shouldn’t assume the dog is going to like that. “Make sure the dog isn’t going to freak out and scratch you,’’ she said.

When using things like resistance bands, if you attach them to something make sure the bands are in good shape and that the attachment is secure so it won’t break free mid-workout and cause injury.

Some athletes may be able to work out with friends if they can get outdoors to a large open area and practice social distancing. Squire said she has seen residents of an assisted living facility gather in a cul-de-sac while moving to music to stay loose.

The biggest worry about working out at home in the time of COVID-19 is doing something that will result in any kind of injury. Squire said it’s crucial that athletes listen to their bodies and be aware of the signals they’ve gone too far.

“If you are pushing beyond the limit, your body will tell you,’’ she said. “You’ll have pain, swelling or fatigue.’’

Once that happens, the athlete needs to stop working that area of the body and give it time to recover. The basic rules of dealing with injury are set down in the acronym PRICE: protection, rest, ice, compression and elevation.

If an injured area like an ankle becomes sore or red, you can use ice and elevation to give it a rest. If it doesn’t subside, you can seek medical advice. In the current situation, some professionals are doing tele-medicine and offering advice via smartphone images.

If there’s deformity in the injury, you can’t move it or you feel nerve damage, it’s time to try to schedule an office visit.

Above all, Squire said listen to your body. “You can tell when you’re tired,’’ she said. “You know to back off.’’

Aldridge looks ahead to return of high school sports 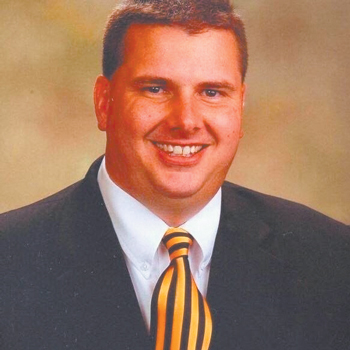 While many high school coaches and athletes in North Carolina deal with the frustrating routine of not being able to play their chosen sports during the COVID-19 pandemic, Vernon Aldridge and other athletic leaders around the state are holding conversations and looking ahead to the time when everyone will be able to return to the fields and courts to resume competition.

Aldridge is the Student Activities Director for the Cumberland County Schools, but he also wears important hats at the state level.

In recent days, Aldridge has been involved in video conferences with other athletic directors and also with high school principals, partly as a wellness check, but also to see how everyone is dealing with the current situation and looking ahead to a time when play will resume.

“The biggest thing with the pandemic is things are fluid,’’ Aldridge said. “Things are changing hour by hour. It’s the hope of everyone that at some point we are able to come back and play in the spring.’’

The NCHSAA has suspended all play and practice for its member schools until May 18. Cumberland County’s school year is currently scheduled to end on May 22 unless county or state officials decide to extend it.

Aldridge said the fate of athletics hinges on whether or not Cumberland County and the rest of the state returns to school first. “It’s going to be hard to justify playing athletics if the kids aren’t in school,’’ he said.

Even if they are, students won’t be thrown onto the athletic field or court immediately when school reopens. They’ll have to be given a few days, maybe more, to practice.
Que Tucker, commissioner of the NCHSAA, has already said the NCHSAA will not extend the spring athletic season into the summer months. If athletics resumes on May 18, Aldridge isn’t sure how much of a spring season Cumberland County could play, especially schools in the nine-team Patriot Athletic Conference.

The dates for state championships in boys golf, track and field, boys tennis and lacrosse will have already passed.

The only championship dates left would be girls’ soccer on May 30 and baseball and softball June 5-6.

“A conference season would be difficult,’’ Aldridge said. “I’d love to see us be able to to play a couple of games so we could have senior nights and acknowledge our seniors the way they should be acknowledged.’’

A growing worry is the pandemic could continue and extend to football season. Football gate receipts pay the way for the total athletic program. Losing all or part of it would be a huge hit to local schools.

For now he hopes coaches are checking in on their athletes and offering emotional support.

“The bigger picture is the health and safety of people,’’ he said. “It’s more important than what we’ve got going on on the field.’’ 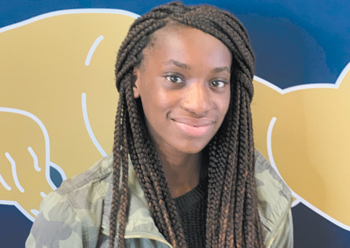 Macauley has a 3.98 grade point average. She is captain of the varsity girls basketball team and member of the National Honor Society and the Cumberland County Academy of Scholars. She volunteers with Backpack Buddies and works at a youth basketball camp sponsored by the parks and recreation department.

Johnson has a 4.04 grade point average. She is a member of the Math and Science Academy and the National Honor Society. She volunteers in the summer, working with younger members of the Fayetteville track team. She is a member of E.E. Smith’s traveling show choir, The Golden Singers. 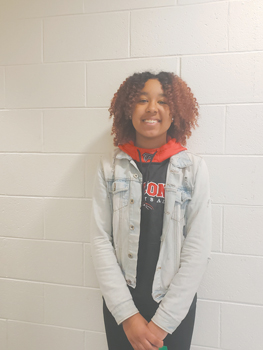 McAllister has a 4.0 grade point average. She is active in the Student Government Association and the concert band.

Williams has a 4.1 grade point average. She averaged 10.9 points and 6.6 rebounds. She made 31 3-point field goals and helped the Falcons to a 19-9 record last season.