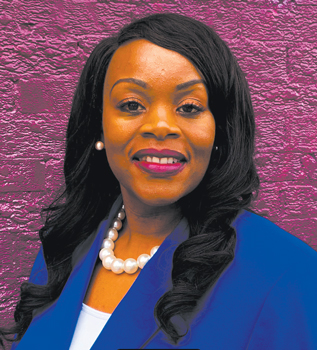 Due to the spread of COVID-19, this event will be rescheduled for a future date.

Dr. Tremaine Canteen thinks 2020 is a significant year to celebrate the importance of voting rights in this country and is seeking to do it through an oratorical contest for high school students.

Canteen, in conjunction with the Hope Mills chapter of the Zeta Phi Beta sorority, originally planned to the contest on Feb. 29 at the Hope Mills Parks and Recreation Center. Because of a lack of participants, the event was postponed.

A new date has now been set for Saturday, April 25, still at the Hope Mills Parks and Recreation Center. The contest will begin at 1 p.m.

The contest was originally meant to coincide with Black History Month, but Canteen said the significance of the topic makes the date of the contest a bit more flexible, although she’s encouraging anyone interested to sign up as quickly as possible.

The contest is open to all high school students from grades 9-12. They do not have to be residents of Cumberland County.

The topic for the speeches is “Her Story: African-Americans and the vote.”

Canteen feels 2020 is an excellent year to hold a contest like this for several reasons.

“This is the centennial for the 19th amendment that deals with the right to vote regardless of sex,’’ she said.

She added it’s the 150th anniversary of the 15th amendment, which deals with having the right to vote regardless of race.

She feels it’s important to hear from teen-age voices on the subject.

“I think this is a good year to celebrate change, but to bring awareness to where we are in society right now,’’ she said. “Who better to hear it from than children?”

Canteen feels teenagers have powerful things to say on the subject and bring a different perspective to the topic.

Each speech will be limited to three to five minutes, and the speakers will be timed during their presentations. The judges will be listening for creativity and content.

One reason Canteen is encouraging young people to sign up for the competition as quickly as possible is so members of the Zeta Phi Beta sorority can work with them prior to the competition to help them with basic speaking skills.

Trophies and three cash prizes will be awarded, $150 for first place, $75 for second an $50 for third.“I see this as a way to prepare kids for life,’’ Canteen said. “In any career you’re successful in, there is going to be an element of public speaking. This is a topic that’s never going to die.’’