Prayer policy to be revised for government meetings in Spring Lake 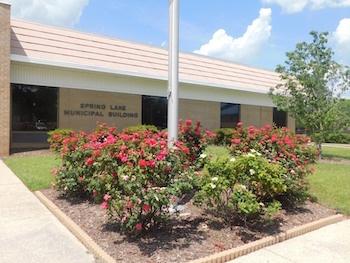 In a 5-1 vote, the Spring Lake Board of Aldermen decided to revise the prayer policy to be more inclusive and compliant with federal law. However, the invocation will still be a part of government meetings.

“This is simply a policy change to put us in compliance,” said Mayor Kia Anthony. “We want to make sure we are being inclusive.”

The board says they never intended to remove prayer from their agenda.

“My whole goal is to keep us in compliance, it is not to remove God from our meetings. That is not the intent,” Anthony said.

“We want to make sure we’re covered because, as a unit of government, we have to abide by certain rules,” said Alderwoman Sona Cooper.

The board cites a 2017 publication from the University of North Carolina School of Government, which states that a state court identified four practices that violate the Constitution. These practices are: only board members deliver the prayer; the board members are all of the same religion’ there is no opportunity for other faiths to be represented; and the board meeting occurs in the intimate setting of a local government meeting.

The board uses information from an excerpt from the University of North Carolina School of Government that stated meetings during meetings “violates the Constitution.”

“I’m a proud Christian, and people elected me to represent them,” he said. “I stand firm in my beliefs. I stand firm for the people of Spring Lake. I am firm against this.”