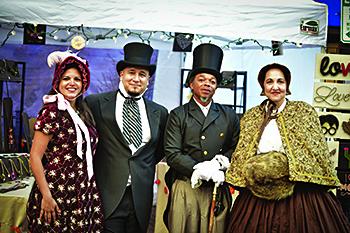 Well, last week was not a good week for me. Actually, the past thirty days have been pretty much of a disaster for the entire Fayetteville-Cumberland County community. They say bad news comes in three, well the recent actions, decisions and events add validity to that adage.

First, the City Council fails to approve the resolution to put the Vote Yes Fayetteville initiative before city voters. This issue is not dead yet, only severely wounded. It appears the courts will have to intervene.
However, it's a near-perfect example of how our city leadership disregards its citizens and restricts voting participation and involvement in local government.

Currently, citizens of Fayetteville are allowed only two votes in a city election where nine district representatives and the mayor are elected. Approval of the Vote Yes proposal would add four at-large districts giving every citizen six votes to decide the leadership in our municipality. Six votes versus two. What's not to like?

On Aug. 22 it was voted down and rejected 6-4 by the mayor and five inexperienced council members who put fear and personal agendas ahead of the welfare of the citizens of Fayetteville.
Then secondly, came the stunning announcement from the Arts Council that there will be a rebranding of a successful Fayetteville tradition that brought over 25,000 citizens to historic downtown Fayetteville to celebrate the Christmas holidays and launch the holiday shopping season. A Dickens Holiday is no more.

I strongly doubt that the idea to dismantle one of Fayetteville’s most successful events came from the Arts Council board and staff. Those of us that worked the Dickens Holiday over the years know how much time and effort they put into making this community event diverse, accessible and inclusive. This was decades before Diversity, Equity and Inclusion, became “a thing.”
It's laughable that any so-called “internal review” would or could find otherwise. And since the city of Fayetteville and Cumberland County provide funding to the Arts Council many know where the mandate originated, and where the resistance has come from.

It appears to be racially motivated. Fayetteville is a very diverse community but not a racially divided community, as those in our city and county government would like to have us think. The leadership of city and county governments has mastered the game of playing the race card to amass personal power and prestige without regard for their constituents and without responsibility or concern for the consequences that result.

This kind of behavior in government will continue until all citizens, Black and white, who love this community stand up and say "enough is enough!” This tendency to create divisiveness by encouraging and promoting division and making false accusations of non-inclusion will only continue to deteriorate the foundation of our community.

As I write this editorial, my storefront has been trashed, people have defecated in my parking lot, and the unhoused are meandering through downtown streets heading to their encampments in our city center while officials ignore this blatant situation, and the citizens of the community sit by in darkness, silent and afraid to speak up for fear of being canceled.
Many are leaving this community to live elsewhere. Those who remain, sitting on the sidelines, no longer get involved or contribute their time, talent and resources. Fayetteville and Cumberland County are in a bad place with a severe leadership crisis at all levels which takes me to the third hapless development last week.

We lost one of the most intelligent, hard-working and dedicated CEOs since former Chamber President John Swope. Her departure should serve as a resounding wake-up call to anyone who loves and cares about this community. Public Works Commission executive Elaina Ball came here because she wanted to make a difference. She was aggressive, methodical and not afraid to take on the major challenges facing Fayetteville and Cumberland County. She steered us away from the Bernhard Capital Partners ruse, took on the Texfi contamination situation that would have turned Fayetteville into a toxic wasteland in 20 years. In addition, she was dealing with the Chemours problem, working to bring clean water back to the Gray’s Creek community.

Anyone who is close to Ball or works with her knows that her biggest frustration came from local government processes moving slowly and with little sense of priority or sense of urgency. Communications between local agencies were often extremely poor if not nonexistent.

Ball is a dedicated CEO who helps those that help themselves. She has moved on to bigger and better opportunities and we are pleased that she has left her mark here and a community better off than it was. We wish her the best.
In the meantime, it is my hope these situations over the past few weeks provide a wake-up call to our local leadership.

The clock is ticking and our time is running out to make Fayetteville a viable community we can be proud of.
Thank you for reading Up & Coming Weekly.