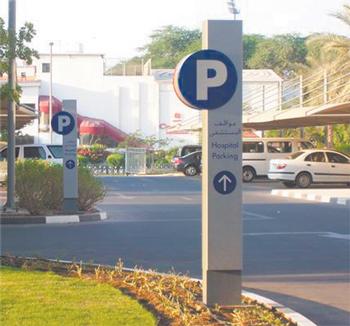 Downtown parking expert Jon Martens of Walker Consultants told City Council his firm counted just more than 2,500 public parking spaces within a five-minute walk of the minor league baseball stadium under construction on Hay Street. Now, he said, the city must decide how to manage the parking, especially the 400 spots in the city’s center.

“Finding public parking is difficult for visitors,” Martens told City Council. Making the public aware of available parking is a major challenge to be undertaken by city government. Many people he spoke with didn’t know there’s a parking garage on Franklin Street — within walking distance of the stadium.

Martens recommended paid parking, noting that Fayetteville is the only major city in North Carolina that doesn’t require paying for parking downtown. He suggested $1 an hour would be a practical charge.

Old-fashioned parking meters are not in the scheme of things. Martens envisions the placement of more than 50 kiosks, conveniently located every other block along Hay, Franklin and Russell Streets, plus Bow Street and Maiden Lane. They would accommodate cash and credit card transactions. The latest technology includes phone apps.

To better serve families who don’t know their way around downtown, Martens said wayfinding is the key. Pole signs with recognizable logos would be used to locate off-street parking lots. Martens also said the city should hire a parking manager to keep tabs on issues that might arise. Currently, the city retains a firm to oversee its parking lots.

Accommodating disabled people continues to be a concern for City Council. Councilman Bill Crisp noted Walker Consultants has not made specific recommendations for handicapped parking.

“I do have concerns for the elderly and handicapped,” Councilmember Dan Culliton said. Downtown Fayetteville is part of District 2, which Culliton represents.

The city did not approve an idea offered by Cool Spring Downtown District and the city’s transit system for trollies to shuttle visitors around downtown. A five-month pilot project in which two trolleys would circulate in the downtown area would have cost the city $53,000. Council members were opposed to spending tax money for a project they said should be offered by private business. CSDD said it would put $35,000 toward the program.

The proposal was to operate trollies on Fridays, Saturdays and Sundays during the baseball season. Councilman Jim Arp, who was not present but participated by telephone, said he was concerned that people would hop on a trolley to go to games but would not patronize local businesses before and after the games.

It was not clear what the city’s next step will be. The first ballgame in the new stadium is scheduled in April. The cost of the 4,700-seat facility has reached $40 million. Initial estimates placed the cost at $33 million. Mayor Mitch Colvin said at the beginning of the stadium project that the property tax rate would not be increased, and he repeated the pledge to Up & Coming Weekly last month