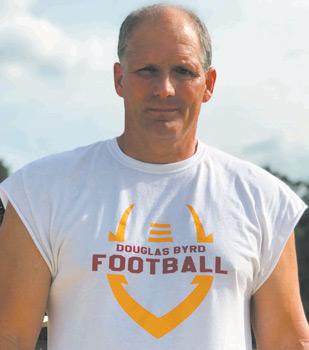 The road back to the football success of Douglas Byrd in the late 1990s has been a rocky one for third-year head coach Mike Paroli.

Paroli, the son of legendary Eagle head coach Bob Paroli, is still looking for his first win as head coach after being hired in 2016. The Eagles have posted back-to-back 0-11 seasons in the Patriot Athletic Conference.

Paroli would like to turn the corner this season, but challenges to improvement still remain following the recent conclusion of spring workouts.

“We haven’t gotten as much accomplished in the spring as we would have,’’ Paroli said. “The weight room has been more of a focus. We’re trying to get as strong as we possibly could and worry more about the helmets and shoulder pads things for June.’’

There will be some new faces in the Eagle program this fall, but Paroli declined to elaborate on just who those faces are. “We have some kids who haven’t played here before that we are trying to bring along slowly and find out if they are going to stay with us,” he said.

The biggest problem for the Eagles headed into the official start of practice in August will be rebuilding a secondary from scratch. Another challenge will be trying to continue a philosophy started last year that Paroli admits didn’t work very well, trying to avoid playing any players on offense and defense.

He said they particularly want to keep from doing it early in the season. “That’s going to be a difficult task for us right now,’’ he said.

One thing that has been a plus for the Eagles is a new Cumberland County policy that allows eighth graders to be on the high school campus once Easter break is over. “We are hoping that translates into having a junior varsity team,” Paroli said.

Paroli said he’d like to avoid using any of those incoming freshmen in the secondary, but he added that may have to happen because the situation there is desperate. 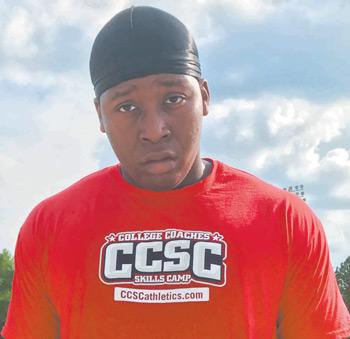 One player the Eagles will definitely be using a lot is Nikai Butler, a 6-foot-2-inch, 245-pound senior who has been in the Byrd program since he was a freshman. Paroli said colleges are already talking to Butler, who plays linebacker, defensive line, offensive guard, tight end and just about any other position the Eagles need him.

“He’s had a tremendous offseason,’’ Paroli said. “He’s a straight-A kid, top ten of his class and a wonderful young man. We’ll look at him to play in all those different spots plus be the positive school and team leader he is.’’

Like his coach, Butler realizes there’s no easy solution to turning the Byrd program around. “We just have to continue to work, no matter the circumstances,’’ he said.

Asked if he thinks the Eagles can return to the glory years they enjoyed when Bob Paroli was head coach, Butler quickly replied yes. “I’ve got faith,’’ he said. “We just have to have dedication and people wanting to play.’’