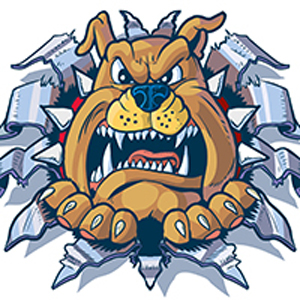 Here are some odds and ends of news from the Cumberland County high school sports scene.

The biggest news on this year’s schedule is that Terry Sanford will be playing all of its home games this fall at Reid Ross Classical High School’s John Daskal Stadium on Ramsey Street.

After years of debating about what to do with Terry Sanford’s huge but aging brick stadium complex, school officials finally decided to tear it down over the summer and start construction on a new facility that won’t be ready until after the 2019 season is over.

The Bulldogs will start the 2019 season with three road games and one open date, not playing their first game at Reid Ross until Sept. 20, when they take on Cape Fear. The Bulldogs only play four regular-season games on their temporary field at Reid Ross. Aldridge said when the Bulldogs open their new stadium in 2020 they hope to play seven home games.

Elsewhere on the schedule for the other county teams, there are no major surprises. Gray’s Creek has a couple of nonconference meetings with Johnston County teams, South Johnston and West Johnston. Both Douglas Byrd and E.E. Smith will play an old county rival, Lee County.

• In other news for Terry Sanford, last week, Bulldog basketball coach Darren Corbett announced on Twitter that he’s headed back to his hometown to coach at Grimsley High School in Greensboro.

In just three seasons at Terry Sanford, Corbett compiled a 58-26 overall record, including 34-10 in the Patriot Athletic Conference.

His final Bulldog team compiled a 20-8 record and lost to Durham Hillside in the second round of the North Carolina High School Athletic Association basketball playoffs.

There is no word yet on how quickly Terry Sanford will begin the search to find Corbett’s replacement.

The minimum requirements are an athlete must be a member in good standing of a varsity athletic team at his or her school and enrolled in grade 9-12. The minimum grade point average to be nominated is 3.2 unweighted. The athlete does not have to be a starter, just a current member of a varsity team.

The award will continue until the end of May. To nominate an athlete, confirm the student’s grade point average with the school guidance department. Then email earlucwsports@gmail.com. Include the student’s GPA, sports played this year and year in school. Also include information about any clubs, extracurricular activities or community activities the student is involved with, along with a high-resolution picture of the student taken with a smartphone or digital camera.