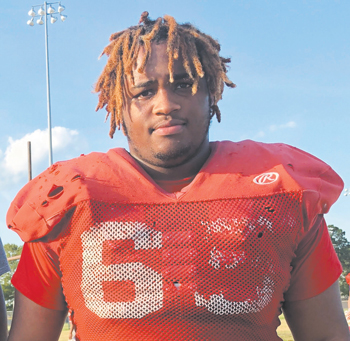 The winning tradition established under Duran McLaurin continued at his alma mater, Seventy- First, last fall. The Falcons made the deepest run in the state football playoffs of any of the Cumberland County Schools, reaching the 4-A Eastern Regional finals before falling to Sandhills Athletic Conference rival Scotland. They finished the season with an 11-4 record.

To make a similar run this season, McLaurin will have to improve the Falcons’ depth and fill a big loss at quarterback caused by the graduation of multi-talented Kyler Davis.

“Losing Kyler is going to be a big area of concern for us,’’ McLaurin said. “We’re going to have to replace Kyler’s production at several positions.’’ McLaurin indicated the Falcons will need to get more offensive production from their running backs and receiver corps to offset Davis’ exit.

One player McLaurin is counting on is receiver Jermaine Johnson, who had 29 catches and two touchdowns last fall. There will also be some younger prospects joining the varsity from the Falcons’ last two successful junior varsity teams.

“Seventy-First has a winning tradition,’’ McLaurin said. “That’s what we do over here, and we’re going to try to continue that.’’

One key to that this season will be the play of two-way lineman Russell Hewett, who will again see action on the offensive and defensive fronts.

“We are depending on his veteran experience and leadership on both sides of the ball,’’ McLaurin said of Hewett. “He’s very important where it counts, in the trenches on the offensive and defensive lines. He’s one of our toughest players. We’re expecting a whole lot from him.’’

Hewett said the focus of Seventy-First’s spring workouts was to get better than the day before. “We just keep working so we can be successful this season and make it to the championship,’’ he said.

Whoever winds up playing quarterback for Seventy-First this year, Hewett said the pressure is on the offensive line to protect him. “We need to block for our quarterback,’’ he said. “Our key is just to block for them, and they’ll take us to the championships.’’