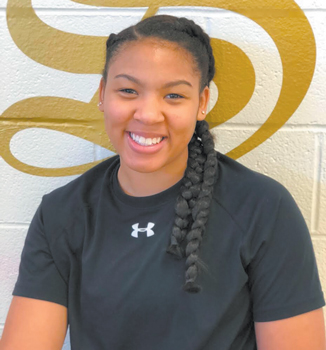 Here’s a brief recap of how Cumberland County’s players fared in the annual East-West All-Star football and basketball games held earlier this month in Greensboro in conjunction with the annual North Carolina Coaches Association Clinic.

Basketball: Wake Forest-bound Alex Scruggs of E.E. Smith High School was named Most Valuable Player for the East girls’ team as she led her squad to an 81-78 victory. The East built a comfortable 48-35 lead at halftime but had to hold off a strong West rally to get the win.

Scruggs hit nine of 14 shots from the floor and one of three 3-pointers for a game-high 20 points. She led the East in rebounding with eight. East teammate Kendal Moore of Pine Forest, who’s headed for N.C. State, also stood out with 17 points. She made six of 14 shots, two of six from 3-point range, and grabbed three rebounds. Scruggs and Moore both started in the game.

Pine Forest’s David May got the win as head coach, his final game as a head coach as he will be stepping into an assistant’s role next season. 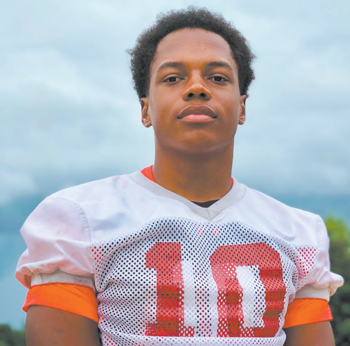 In the boys basketball game, Brion McLaurin of Seventy-First and his East teammates had a tough night as they lost to the West 119-80. McLaurin was one of four East players in double figures, coming off the bench to score 11 points on four of nine shooting from the field. He made his only 3-point attempt. He was the East’s No. 2 rebounder with six.

Football: The East’s Kyler Davis of Seventy-First and Dante Bowlding of Terry Sanford both started and contributed to a dominating 20-8 win over the West All-Stars.

Davis earned a spot in the East-West All-Star game record book when he threw an 81-yard touchdown pass to Lamont Murray of Pamlico County in the first quarter. That broke the record for longest completed pass in game history by two yards.

Davis finished with five completions in nine attempts and no interceptions for 116 yards.

Bowlding started in the secondary for an East defense that totally throttled the West. The West team got no first downs in the game and finished with minus 15 total yards, including minus 36 rushing.

The only touchdown the West scored came on a fumble return in the first period.

Also enjoying the win for the East was Seventy-First head coach Duran McLaurin, who served as an assistant coach on the East staff.