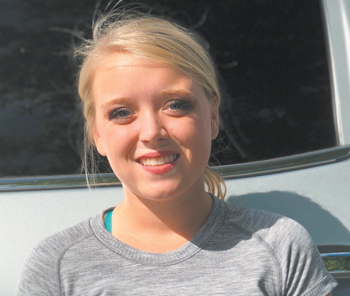 “Time flies when you’re having fun,’’ Edge said, and Blackwell’s performance has definitely made coaching her and the Cape Fear team plenty of that for Edge.

Blackwell has b een a three-time conference player of the year in golf and was the medalist in last year’s 3-A regional tournament.

Blackwell hasn’t rested on her laurels over the last few years, Edge said, using practice to improve her overall game.

“She’s played a lot of tournaments and is tournament golf ready,’’ he said. “She hits the ball further than she did three years ago. She’s improved her chipping and putting and her scores have improved because of that.’’ 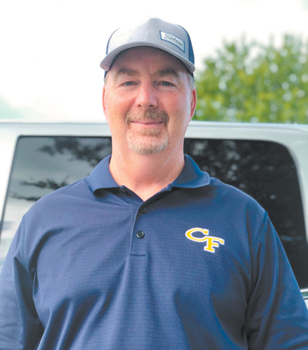 Edge said Coach David Synan will be getting a player who will fit in well with the players he’s already recruited.

But Blackwell has one more high school season to go, and she and teammate Gaby Bynum, who placed third in the final Patriot Athletic Conference individual standings a year ago, return to lead an otherwise young Cape Fear team on the course this season.

Edge expects Blackwell and Bynum will again lead Cape Fear in scoring, while the pressure to produce a third competitive score in the weekly matches will fall on one of the untested new players on the team.

As for the rest of the conference, Edge isn’t sure where the main competition in the Patriot Athletic Conference will come from until Cape Fear plays its first match this season.

“We take every team very seriously and we are going to try and play to the best of our abilities every time we go out,’’ he said.

The Colts got off to a good start in last week’s first Patriot Athletic Conference first regular-season match at Stryker Golf Course at Fort Bragg. They fired a 266 as a team to win the match, with Blackwell taking medalist honors with a 75.

Blackwell said she’s been working on hitting more greens in regulation and trying to stay consistent with her game after winning the Patriot Conference regular-season title with a 79.3 average last season. She was the only player in the conference to break 80 for the season.

She hopes to motivate her younger teammates while bracing for the unknown against conference opposition.

“I’m just trying to work on staying focused, not getting distracted and making smart plays,’’ she said. “I want to win regionals again and I want to win a state championship, keep around an even par average.’’

She placed seventh in last year’s North Carolina High School Athletic Association 3-A state meet. She’s fully recovered from a broken middle finger on her right hand that forced her to play with a splint over the summer months.

“I couldn’t grip with it and didn’t play my best all summer,’’ she said.

Edge feels Blackwell has the potential to be among the top two or three golfers in the state this year.

The key he said is putting together back-to-back good days at the two-day state tournament. “You can’t lose any strokes,’’ he said. “The double bogey is the big thing she’s got to eliminate. If she plays her par-birdie golf, maybe a bogey once in awhile, I think she’ll be there.