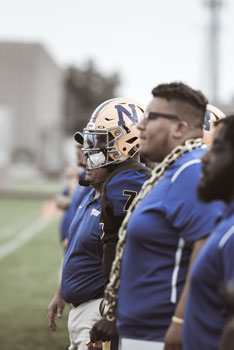 Dates of some tragedies are etched in our memories forever. On Sept. 11, we pause to remember the thousands who perished in 2001 as a result of the attacks on the World Trade Center, the Pentagon and the hijacked United Airlines Flight 93 that crashed near Shanksville, Pennsylvania.

Many individuals remember where they were when President John F. Kennedy was assassinated on November 22, 1963 and/or when Dr. Martin Luther King Jr. was gunned down on April 4, 1968.

Unfortunately, in the past 20 years, there are several dates stamped in our memories because of shootings in our nation’s schools, such as the ones at Columbine High School in Littleton, Colorado, on April 20, 1999, and Marjory Stoneman Douglas High School in Parkland, Florida, on February 14, 2018.

And on December 14, 2012, the nation wept when 26 people, including 20 children, were killed during the mass shooting at Sandy Hook Elementary School in Newtown, Connecticut. While this tragedy tore the hearts of people nationwide, it was profoundly personal to me.

I was executive director of the Connecticut Association of Schools-Connecticut Interscholastic Athletic Conference and, on that day, was attending a meeting with the Commissioner of Education and the Board of Directors for the Connecticut Association of Public School Superintendents. The commissioner was interrupted to take a private call, left immediately, and shortly thereafter the news of a “school shooting” reached the nation.

Suddenly, what previously was important became insignificant as we were all shocked at yet another senseless act of violence. As details of the shooting rampage were released, the incident became more and more horrific. The principal of Sandy Hook Elementary at the time, Dawn Hochsprung, was one of the six adults who perished that day. She was a personal friend of mine.

So, like millions of Americans this past weekend, I was overcome with emotion when Newtown High School won the CIAC Class LL State Football Championship — seven years to the exact day of the Sandy Hook tragedy. Newtown won the state title on the last play of the game as Jack Street — a fourth grader at Sandy Hook in 2012 — threw a touchdown pass just as the fog lifted enough to be able to see downfield.

Once again, high school sports and football in particular, was a unifying activity for a community. Amid the sorrow of the day, this incredible storybook finish by the Newtown High School football team gave everyone in the community — at least for a moment — the strength to continue the healing process.

We have seen time after time when high school sports provided students, parents and those in our communities a means to come together, to band together and to rise above struggles arm in arm. This was but the latest example.
The grieving process will continue for those people who lost loved ones in the Sandy Hook tragedy, but this amazing effort by these high school football players brought smiles and tears of joy to a community that has not had many of those emotions for the past seven years.

Bobby Pattison, the Newtown High School football coach, had the following to say after the state title: “The great thing about football and sports in general, moments like this bring people together,” Pattison said.

“These guys had an outstanding year. To win a state championship, to win on the last play, it’s been a tremendous accomplishment. And these boys deserve it. They’re a great bunch.”

The value of high school football for communities across America? We would suggest what happened in Newtown, Connecticut, last month says it all.