Lake celebration in need of sponsors and funding 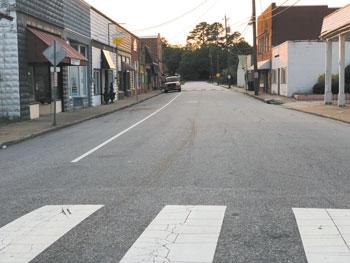 The plans are in place for five days of celebrating the restoration of Hope Mills Lake. Now, Mayor Jackie Warner said, the town is working hard to find sponsors to help pay for the party.

Warner said town officials have calculated it’s going to take about $5,000 to cover all of the events the lake celebration will include.

There are six events planned, starting with a Friday night street dance on Trade Street on June 29. The cardboard boat race will be Saturday, June 30. Two events are set for Sunday, July 1. Heroes on the Water will feature canoeing and kayaking in the afternoon, followed by Church on the Lake in the evening. Art and Jazz on the Lake is scheduled Monday, July 2, and Beach Night is Tuesday, July 3.

Initially, Warner said, town officials sought to get one major sponsor for each event at a cost of about $1,000 apiece.

The problem, Warner said, is there have been a lot of charity-related events going on locally that have increased requests on local businesses to make contributions. So, Warner said, they’ve scaled back and are trying to ask for smaller donations, including reaching out to individuals in the community to donate anything they can to help with the lake celebration.

Some of the celebration events will bring in money to help defray costs. There is a $25 registration fee to take part in the cardboard boat race.

Money is also coming in from the entrants in the Fourth of July beauty pageant, which will be held prior to the lake celebration.

One thing the town won’t be doing as part of this lake celebration is an official program. The last time the lake was restored, a program with ads was sold, but Warner said the response to the program wasn’t great and it didn’t sell well.

That plus the fact this year’s lake celebration will stretch over five days led town officials to scrap the plan for the program.

While money is needed to pay for the lake celebration, the big Fourth of July celebration isn’t a problem.

“The Fourth of July is in the town budget,’’ Warner said. “It’s covered, the big expense for the parade and the fireworks. We don’t have to pay for that.’’

Warner has posted a letter about the need for sponsorship on her mayor’s Facebook page. The same letter has been sent to businesses in Hope Mills.

If anyone wants to make a private donation, they can send it or drop it off to the Town of Hope Mills, denoting on the check that it’s for the lake celebration. Warner said as sponsorship money arrives for specific events, it will be denoted on the town’s website, www.townofhopemills.com.

Anyone planning on making a donation needs to make it as soon as possible, Warner said. “We’ve got to get things in and done the weekend before June 30,’’ she said. That’s less than two weeks away.