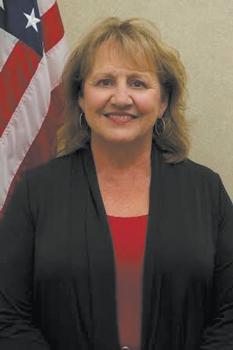 When Jackie Warner was first elected to be mayor of Hope Mills in 2011, she had heard vaguely about an organization known as the Cumberland County Mayor’s Coalition.

Now serving as vice-chairman of the organization, Warner feels the coalition plays a vital role in allowing the mayors of nine municipalities in Cumberland County to work together for the betterment of their individual communities and the county as a whole.

Warner feels the coalition was especially important in helping the mayors work to resolve differences over the allocation of revenue from county sales tax to the various communities.

The concern over the sales tax issue dates back to the early part of 2000 when annexation became a big issue around the county and there was ongoing debate about how to split up the revenue.

Warner said under its two previous mayors, the city of Fayetteville argued it wanted to get 100 percent of the sales tax revenues from the annexed areas.

The Mayor’s Coalition argued for a more equitable split, basing the allocation on a per capita arrangement so each of the nine communities in the coalition would get a proportional share.

Warner said her early memories of the Mayor’s Coalition meetings were that they were little more than a feel-good kind of affair, where the mayors gathered quarterly to simply share a meal and talk about what was going on in their communities.

Warner credits former Spring Lake mayor Chris Rey with helping change the direction of the organization. She and Rey came aboard at about the same time, and Rey was elected chairman of the coalition.

“He was the one who got the spirit going,’’ she said. “He wanted to make our coalition a unified team that could get some recognition for all the small towns.’’

Warner said that, for the most part, the mayors have made a good effort to be in attendance at nearly every meeting.

The current chair of the coalition is longtime Falcon Mayor Cliff Turpin. Warner said she worked with Turpin and other mayors, along with representatives of the Cumberland County Board of Commissioners, to reach a resolution on the sales tax agreement.

Serving as mayor pro tem of Fayetteville before eventually being elected mayor outright, Colvin frequently attended meetings of the coalition over the last several years and developed a good rapport with the other members.

“That’s how we got more familiar with Mitch and could talk with him about it,’’ Warner said of Colvin’s regular appearance at the meetings. “We had some sales tax committee meetings with Glenn Adams and Jeannette Council (of the Cumberland County Board of Commissioners).’’

Warner said the mayors also interacted at county-wide ethics training sessions they all attended. “That’s been the good thing, the show of unity,’’ Warner said.

In addition to hearing from each other, Warner said the mayors also got input from people like Robert Van Geons of the Fayetteville-Cumberland County Economic Development Corporation.

“They talk to the mayors and try to locate properties or things in their area that would be good (to try and) come into Cumberland County,’’ she said.

Warner said meetings have dramatically improved as far as the substance of matters discussed over the last several years.

Each meeting has a printed agenda that may include a variety of presentations about topics of interest to all of the municipalities in the county. “Everything we do is to try to get information for everybody,’’ Warner said. “It’s information for all of us, especially with economic development.’’

The meetings aren’t just limited to the nine mayors, Warner said. They are allowed to bring guests from the town staff.

When a municipality hosts one of the quarterly meetings, that town’s entire group of elected officials, like the Board of Commissioners in the case of Hope Mills, is invited to attend.

In addition to the regular quarterly meetings, the mayors also hold called meetings, as they did last December to deal with the sales tax situation.

One of the biggest benefits of the meetings is sharing news of economic development opportunities that may not work in one area of the county but would be welcomed in others. Warner cited the failed chicken plant of some years back that would have been a wanted addition by some of the county’s rural communities because of the jobs it offered.

“The idea is to try to boost the whole county by representing all of us and not just Fayetteville,’’ she said. “We know we live under Fayetteville’s shadow, but with each of our small towns growing, we want them to start to look at us for opportunities, too.’’

Warner said another benefit of the coalition is the sharing of ideas between the communities — things they’ve tried that worked and things that weren’t as successful.

“Cliff Turpin showed us an issue they had with a drainage ditch,’’ Warner said. “There’s always something that has happened in one of the towns they can share, like special events. Often the mayors can just identify with each other, what’s going ideas and we can share them.’’

The mayors also hear presentations by the state legislators from Cumberland County. “When the legislators come to the mayor’s coalition, they know they are speaking to everybody,’’ Warner said. “It’s a neat feeling that we are strong now because we speak as one.

“It’s no longer a social group. Now it serves a purpose. We get good information, and we come away with something that will help us.’’