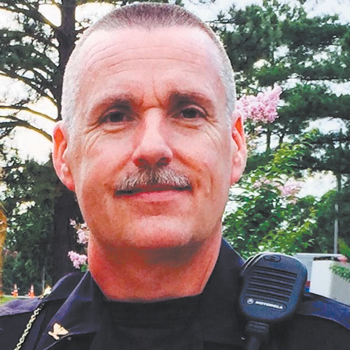 Moving day is a big enough headache for the average family. Try to imagine the challenges involved with moving a police headquarters.

Hope Mills Police Chief Joel Acciardo and his staff don’t have to imagine it. They are preparing for it, as they’ll have to relocate for an estimated two years while a new headquarters for the Hope Mills police and fire departments is being constructed.

“If you boil it down to its simplest form, you are basically setting up a facility that’s not intended to be permanent but has to operate a minimum of 24 to 26 months,’’ Acciardo said. “You are talking about moving your records, your administrative people, personnel issues and your operating environment for your road officers to come in and do interviews.

The good news is the town has located an almost perfect location for the temporary headquarters of the police, the vacated Ace Hardware building on South Main Street.

The new location offers several positive attributes. It has roughly twice the square footage indoors as the current police headquarters.

It includes parking in the front of the building, plus a secure lot on the side of the building that opens via a gate to a street behind the temporary location. That will give officers an option from driving directly onto South Main Street or exiting from the rear when traffic is heavy.

Possibly the best advantage of the former hardware store is that the interior is an empty shell. This will allow the town to modify the interior walls or other elements.

One of the biggest challenges in getting the temporary location ready to occupy will be setting up a variety of secure areas inside, Acciardo said.

There will be no need to install any cells for holding prisoners. There are no cells in the current Hope Mills police station as all people requiring incarceration are taken to the Cumberland County jail in nearby Fayetteville.

But secure areas will be needed at the temporary location to take care of records. There will also have to be an area where juveniles are taken so they can be separated from other people brought into the police station.

How long the transition process will take from current station to temporary location is difficult to predict.

Drew Holland, finance director for the town, said the lease to occupy the temporary location begins May 1.

Acciardo is hopeful that once work on the temporary facility is finished, the move to the new location can be completed by late November or mid- December.

“That’s a very fluid time,’’ he said. “A lot of that could depend on contractor work.’’ That will include things like installing fiber optic lines along with heating and air conditioning and setting up the work spaces. In those cases, the speed of the contractor’s work will dictate how soon the move can take place.

The move won’t be done in a rushed manner. “You move one department area at a time,’’ Acciardo said. “That way everything is in an orderly transition.’’

He anticipates there will be a brief window where the police department will have to work out of both locations.

Once the old police station is vacant, Holland said it will be demolished and the property fenced in to become a staging facility for the construction of the new combined police and fire headquarters.

The fire station will continue to operate from its current location but will only be able to use the rear of the bays in the station, Holland said.

When the temporary station is ready, Acciardo said the public shouldn’t notice a lot of difference from the way the current station is set up.

“There will be a lobby and front staff,’’ he said. “It will be the same methodology that we do here, but at a different location.’’