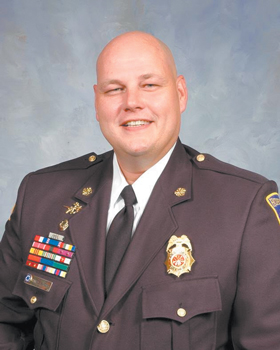 A national car rental company once had a major advertising campaign based on the notion that since they were No. 2, they tried harder.

Nobody’s suggesting the Hope Mills Fire Department do the same thing, but the No. 2 rating it received from the North Carolina Office of the State Fire Marshall is something to brag about.

A No. 1 rating is next to impossible to get according to Derrick Clouston, one of the people involved with handing the ratings out. There are currently 1,252 fire departments in the state. Clouston said only nine have No. 1 ratings.

Clouston said what it takes to get a rating of one varies by community. “It’s not a cookiecutter process,’’ he said. “You can’t compare one community to another.’’

The No. 2 rating Hope Mills received is also based on support Hope Mills could get at a fire from surrounding departments, like Fayetteville, Stoney Point or Pearce’s Mill, Clouston said.

Mike Williams, who also works with the office that handles the inspections, said the rating is based on a number of factors, including the county water system, communication system, overall operation of the local fire department and its training.

Williams said the high rating Hope Mills earned, which will go into effect in August this year, shows Hope Mills has done a great job maintaining its overall efficiency as a fire department.

Hope Mills fire chief Chuck Hodges is delighted with the rating Hope Mills got, adding that to him it’s like getting a one. “Our guys are pretty ecstatic,’’ he said. “You’re recognized nationwide with this rating. For a fire chief, it’s saying how I stack up, not in other departments by size. This is how I stack up against every fire department in the United States.’’

Earning the rating involved a lot of hard work by Hodges and his staff. Much of the inspection for the rating involves going through paperwork, including years of service test records. Hodges said the Hope Mills fire department team assembled the records ahead of time as much as possible to make the process go smoother.

But there is also a physical inspection involved. “They open every compartment on every truck,’’ Hodges said. They also check to make sure all the needed equipment is there, going so far as to count how many pike poles of certain lengths a truck carries.

The tangible benefit for the town, aside from having a fire department ready to handle the job required, is how it can affect the community’s insurance rates.

“The lower your rating, the less insurance premiums you pay as far as the town is concerned,’’Hodges said. “We look very good to businesses and developers. That’s a selling point to them.

“You can move into Hope Mills, open a business in Hope Mills, and you’re going to pay less insurance premiums because of the ratings. Commercial properties really see savings when you get below a five.

“For any town officials trying to recruit business or development in the town, that’s a feather in the cap.’’