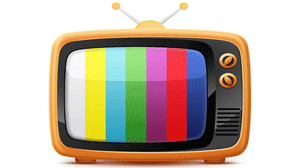 Editor’s note: Fayetteville’s lack of a TV station has had an impact on this community. The cover story on page 15 has more details.

With the express goal of “working together for co-operative solutions” the nonprofit identified the following projects as critical to moving Fayetteville and Cumberland County forward:
the Baseball Stadium
the N.C. Civil War History Center
the Downtown Performing Arts Center
Storm water
Countywide water

Bill is right! It is so deplorable that a community with a population of over 300,000 has no television station. Maybe part of the reason that we have been so unsuccessful in attracting new business is nobody knows we are here.

For years Fayetteville/Cumberland County supporters have sat passively by accepting a verdict from the FCC made 30 years ago that a Fayetteville TV station would interfere with the Raleigh/Wilmington broadcast markets.

Right! And how many new stations have been added to those locations? Technology has moved so rapidly that soon radio will be able to own television stations and local newspapers. We already watch TV on our smartphones, and approval has been given to listen to FM radio on them, too. Broadcasting and apps are the new state-of-the-art.
WRAL and WTVD provide limited coverage of local news in the Fayetteville market, but it is usually “bleed” stories and sound bites. And like Brigadoon, Fayetteville appears every 100 years as a newsmaker worthy of coverage.

As a television market we are taken for granted, and that has not served us well. How often are we shocked that the rest of the state and the nation have no clue about the level of our military involvement in the Middle East and the continuing stress placed on our military and their families?

Why are we passed over with major state initiatives such as the domestic violence centers established in several cities around the state? Because outside a 35-mile circumference, we are invisible. We have no identity outside of Fort. Bragg.

And if you don’t believe it just ask why our Cumberland Co./Fayetteville Economic Development organization is struggling to develop a “brand.” (again) Newspapers and radio will always have a special niche that cannot be
replaced by television. But a picture is worth a thousand words and most of us (archaic as it is) still tune into the local news. It is the local reporters that deliver the information and stories that bind us as a community.

And it warrants addressing the local television issue. After all, if  the vision promoted by the “2026” supporters comes to fruition if we build it, how will they come if they don’t know we are here?