After the COVID-19 pandemic forced the NCHSAA to first postpone and then cancel this school year’s state basketball title games, Westover and Smith had been waiting for almost a month-and-a-half to learn what the fate of their title bids would be.

It came via a virtual meeting of the NCHSAA Board of Directors last week on the computer meeting app Zoom. The cyber gathering of NCHSAA board members voted unanimously to name all of the teams that made the eight state championship finals for girls and boys basketball state champions.

Brad Craddock, the NCHSAA president, who serves as principal at Glenn High School in Kernersville, said the board got a briefing
from NCHSAA assistant commissioner James Alverson on the precedent for not having single champions.

During the Spanish Flu pandemic in 1918, no state champions were determined in football. For a period of time during the 1960s and 1970s, some sports didn’t play to a state title, stopping at regional championships because the NCHSAA feared the season was getting too long. One of those teams was Seventy-First, which ended its 1970 season with a 3-A Eastern football championship. 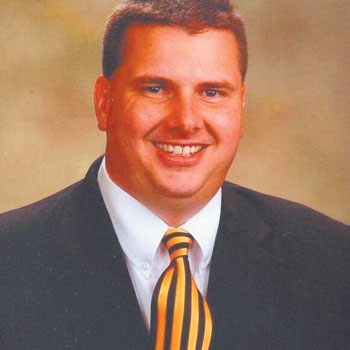 “We felt like in this crazy time we are in, crowning an East and West regional champion did not do either side justice,’’ Craddock said. “We felt co-champions was the best thing we could do to honor all the work the student-athletes put
into it.’’

“I think the folks involved put the kids first,’’ Stackhouse said. “That’s what we are in it for and that’s what it looks like they did.’’

Hardy has now had a hand in two state championships for Smith. She was a member of the Smith girls track team that won the state title in 1981. She said the basketball state title is the first Smith has won since then.

“The seniors have been through enough and it’s the least we can do to say they are state champions,’’ Hardy said. “I think that’s the best ending we could have at this point in time.’’

Vernon Aldridge, student activities director for the Cumberland County Schools, served on the NCHSAA board as representative of the North Carolina Athletic Directors Association.

Aldridge said he will reach out to city and county government officials to make sure Fayetteville and Cumberland County honor the Westover and Smith teams when the pandemic passes and people can safely assemble for a public celebration.

In other major action by the board, changes were approved in the practice restrictions for high school football.

Beginning with the fall season, the amount of preseason scrimmage time will be reduced from seven hours to five. Schools will have to observe a 48-hour break between scrimmage sessions. This does not include scrimmages in a one-day jamboree setting.

Beginning with April 15 and continuing to the final 10 days of the school year, teams can practice a total of 60 minutes of what is called bumping, a modified form of body-to-body contact that stops just short of tackling an opponent and bringing him to the ground.

In other rulings, athletes will not be required to get a new physical if they got one in 2019 but they will have to update their family medical history. The NCHSAA will develop a physical requirement for athletes who come from out of
state schools.

The realignment process has been put on hold by COVID-19 and will not resume until the realignment committee can safely meet face to face again.

The plan is still for the next realignment to take effect by the 2021-22 school year.

NCHSAA commissioner Que Tucker made no commitment on the status of fall sports but said it is possible one or more sports may have to start late and trim the nonconference schedule to get a season completed.