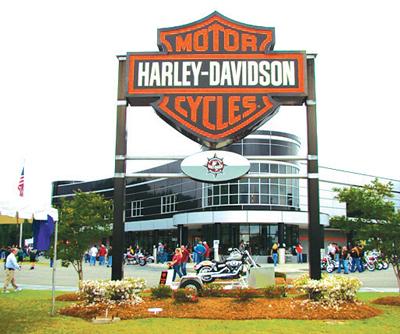 By now it is no secret that bikers have big hearts — especially our local bikers. On Oct. 8, come out to Cape Fear Harley-Davidson and help support Harley’s Heroes, an event sponsored by the Harley Davidson Foundation and the Disabled American Veterans.

The connection between the two groups makes perfect sense when you take into consideration the number of military members who ride. Throw in the fact that Harley’s are about as American as apple pie and the flag that our service men and women so selflessly protect, and it’s a no-brainer. In 2010 a $1 million grant was made by the Harley-Davidson n Foundation to the DAV.

Via a mobile service office, Harley’s Heroes brings benefits, education and counseling to veterans across the country. The mobile offices are able to visit thousands of locations each year and provide counseling and assis-tance to veterans and their families.

“Both Harley-Davidson and DAV have a rich history and long legacy of working with our nation’s military and veterans,” he continued.

Proceeds raised throughout the day will benefit Harley’s Heroes. The day will be packed with fun events including a ride and an auction. There will also be a raffle of lap blankets made from Harley-Davidson T-shirts. Stick around for the free cook-out and enjoy some food and fellwoship. Local veterans are invited to come and speak with the DAV representatives who will be at the event, too.

The event begins at 9 a.m. and ends at 4 p.m. Find out more at the Harley’s Heroes website www.dav.org/HarleysHeroes or the Cape Fear Harley site www.capefearhd.com