Come out to Cypress Lakes Golf Course on Sept. 29 at 12:30 p.m. and watch the ﬁrst tee-off at the 14th Annual Kiwanis Care for Kids Golf Tournament. 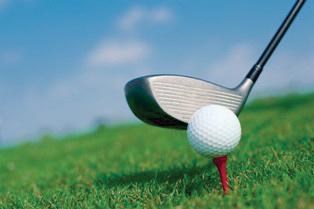 “Fourteen years ago, we had a couple of members of our club who either had a child or a grandchild that was affected by brain tumors and we decided we were going to do a golf tournament to beneﬁt pediatric brain tumor research,” said Gary Cooper, chairman of the Kiwanis Club Golf Tournament. “We did eight years for that particular cause, and the last six years we’ve been doing the tournament to beneﬁ t the Child Advocacy Center.”

Before the ﬁrst tee off, at 12:15 p.m., the Army’s premier parachute team, The Golden Knights, will jump into the event.

“It will be literally at 12:15 because that’s how good they are,” explained Cooper. “They will start jumping from the sky earlier than that and there will probably be a team of about 8. If you’ve never seen that you ought to come out and see it. It’s pretty cool!”

“Kiwanis is all about children,” said Cooper. “Whether it’s helping the abused, as in the case of the Child Advocacy Center, it’s providing funds for brain tumor research, or it’s reading at local schools and providing books and certiﬁ cates to kids for being good students, everything we do revolvesaround children.”

Aside from the adults who have volunteered to come participate in the golf tournament, the Kiwanis Club has also invited a foursome of wounded warriors to come out and play.

While the Kiwanis Care for Kids Golf Tournament has always had a good turnout, Cooper is conﬁ dent that this year will be no different.

“Typically a whole sponsor will be $100, but because you have a team we lower the price,” said Cooper.

In the previous ﬁve years that the Kiwanis Club has teamed up with the Child Advocacy Center, the golf tournament has donated an average of at least $15,000 a year, and this year promises to be even better.

“We are very thankful for some of our biggest sponsors like Beasley Broadcast, who provides awareness of what we’re doing by bringing their WKML bus out every year and doing a remote while we’re all getting ready to play,” said Cooper. “Cape Fear Valley Hospital is also a platinum sponsor, and we have a lot of other very good corporate citizens, both locally-owned companies and national companies, that have participated year after year.”