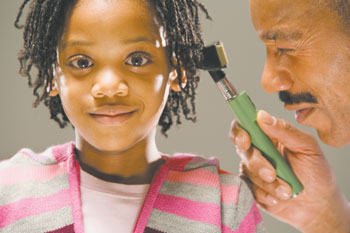 North Carolina’s recent budget standoff in Raleigh called into question whether the state could afford Medicaid expansion. Republicans offered a Medicaid expansion compromise bill, but Gov. Roy Cooper, D-N.C., and Democrats wanted full expansion of Medicaid to provide health insurance to an estimated 600,000 poor North Carolinians, many of whom are eligible children.

CNBC reported this month that North Carolina had built one of the country’s strongest business climates over the past two decades, fueled by low business costs, incentives and a young, educated workforce, many of whom have been trained at the strong universities in the state and Research Triangle Park.

Three years ago, Forbes ranked North Carolina’s economic development No. 1 in the country. No state’s economy is on more solid ground than the tar heel state. The state attracted $2.6 billion in venture capital in 2018, the sixth highest figure in the nation. It is also attracting skilled workers, who are moving to North Carolina in droves. But the tar heel state is no exception to push for Medicaid eligibility expansion, which is growing at a rapid clip nationwide.

In 2008, North Carolina beneficiaries grew to a grand total of 1,407,257 who were covered by Medicaid — or Health Choice, for children who do not qualify for Medicaid. By 2015, that number had increased to 1,911,918. Over the same time period, the state’s population grew at an annual rate of 1.2%, a rate of growth that’s less than Medicaid eligibility is growing. Matt Salo, head of the National Association of Medicaid Directors, said about one-third of all kids in the country are covered by Medicaid as are more than half of all births.

Forty-one percent of North Carolina’s kids are covered under Medicaid or Health Choice, which is higher than the national average. Salo said the good news is that kids are less expensive to cover. Analysts like Steve Owen, senior fiscal analyst for the North Carolina General Assembly, have told state legislators several times over the past year that part of North Carolina’s success at holding down Medicaid costs is due in large part to the increase in the number of children enrolled, because their coverage is cheaper than adults and families.

Thirty-six states and Washington, D.C., have opted to expand Medicaid over the years. North Carolina is one of the 14 states that have not expanded coverage. Medicaid spending is the largest budget category and has grown at a faster rate than all other areas of state spending including education, public safety, and infrastructure. “By restraining spending growth to an average of 3.5% over the two-year budget, North Carolinians get to keep more of their money,” wrote Becki Gray, senior vice president at the conservative John Locke Foundation.