After 50 years, my fling with football remains vivid 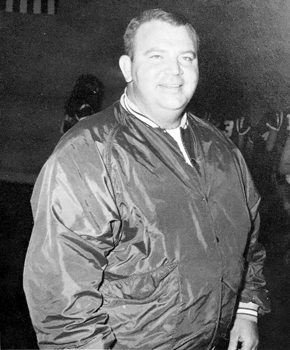 Is it possible that it’s been 50 years? Am I really that old?

Even though the years are piling up, that August of 1969 remains vivid in this aging mind. It was my one and only fling with trying to be a member of a real football team.

Let me take you back those 50 years to the North Carolina mountain town of Bryson City. I was fresh from reading "Instant Replay," the classic book by Jerry Kramer of the Green Bay Packers. It recounted his personal observations from the last NFL championship season the Packers enjoyed under the great Vince Lombardi.

I also bought a book by the legendary Frank Gifford that dealt with the basics of the game of football. How to block. How to tackle. All the important stuff.

I was ready for battle. So I showed up that first day of practice at Swain County High School’s 1950s-era gymnasium, where our locker room was housed in the basement.

My coach, the late Milton Barden, was far kinder to me than he should have been. I was about 5-feet-8-inches tall on a good day, weighed all of 180 pounds and had never lifted a weight in my life. In spite of all that, he let me go out for the team.

Coach Barden wanted to give us the full training camp experience, just like the professionals, so we actually brought cots and mattresses and sleeping bags to our gym and lived there for two weeks.

Twice a day, we boarded our ancient activity bus, lovingly called the Meat Wagon, and rode the half-dozen miles or so to our practice field, a gorgeous place that was an abandoned driving range on a nearby hilltop.

We would take turns slamming into the seven-man blocking sled, tasked with driving it from one end of the practice field to the other. At the end of the field was heaven, a spigot rising out of the ground with the coldest mountain spring water you could imagine. It felt even colder after a hot afternoon of banging the sled.

It was not long after those two weeks were over that I came to the conclusion that the body the good Lord put me in on this Earth was not designed for this kind of activity. So, I went to Coach Barden and asked if he needed someone to be a manager. He kindly gave me the job.

I spent that year mostly on the sidelines, figuring my playing days were over. We put together a 6-2-1 record going into our final game. Unfortunately, the two losses and the tie were against the three teams we had to beat in our split conference to make the state playoffs.

That left us with a final game against Towns County, Georgia, a team we were told hadn’t won a game and was down to about a dozen players. So Coach Barden decided to let us and them have some fun. He dressed every able-bodied player on the team, including yours truly, the water boy.

We all played that final night of the season, and we had one of the highest-scoring games in the history of North Carolina football. I played my part in letting the guys from Towns County have their fun. I let a guy whiz by me on an 80-yard kickoff return, and I tackled another guy three yards into the end zone after he scored the conversion.

The result was an 81-46 Swain County win. That score is still listed in the North Carolina High School Athletic Association record book if you want to look it up.

Tomorrow we begin another high school football season in North Carolina. My best wishes to all of the young men who will be taking the practice field. I encourage you all to dream big. Every night you play, you could wind up getting into the record book like my team did — even if you’re not a star.