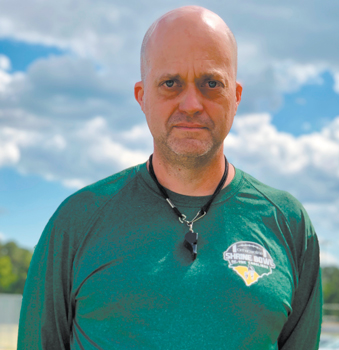 While the COVID-19 pandemic has brought the entire athletic world to a halt, it’s done nothing to slow the recruiting of one of Cumberland County’s hottest football prospects, Gray’s Creek High School running back Jerry Garcia Jr.

Garcia made a huge splash for the Bears during his junior season, rushing for 2,085 yards, an average of 10.2 per carry, and 23 touchdowns.

He also pulled in 10 pass receptions for another 279 yards and four scores as he earned first team All-Patriot Athletic Conference honors as running back.

This is normally the time of year when college football coaches would be showing up at high school campuses, hitting the recruiting trail as 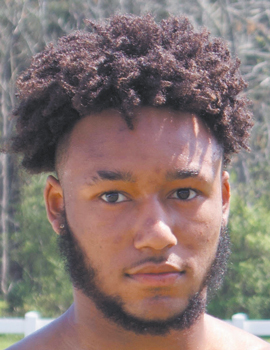 spring football games across the country wrap up.

But because of the pandemic and quarantine rules set in place across the country, the recruiting process has been reduced to a new normal of virtual recruiting, with coaches having to rely on video they’ve been sent, while they keep in contact with potential recruits via telephone and text message.

Gray’s Creek head football coach David Lovette said Garcia ranks among the three most-recruited football players in the history of the Bear program. As far as number of direct contacts from coaches and actual scholarship offers, Lovette added Garcia is in a class by himself at the school.

Late last year, Lovette sent film of Garcia to some 40 coaches. A few made stops at Gray’s Creek before the pandemic set in.

There was some buzz out about Garcia because of his performance in camps. He was timed at 4.5 seconds electronically in the 40-yard dash at a Nike camp. Before the Bears had to shut down weightlifting, Garcia maxed out with a 275-pound bench press.

There are some things about Garcia that can’t be measured in numbers. One of them is his desire to improve. When he scheduled a recruiting trip to Furman before the pandemic, Garcia had to leave at 6 a.m. for the trip to Greenville, S.C.

Lovette said Garcia rose at 4 a.m. the morning of the Furman trip, so he’d have time to get in his weightlifting for the day at a private gym in Hope Mills.“He’s a hard worker, a great kid and a likeable kid,’’ Lovette said. “He’s fun to be around and fun to coach.’’

There’s one other part of Garcia’s resume that has so many schools interested in recruiting him. Unlike some prospects, Garcia has solid numbers in the classroom, where he enjoys studying math and working with numbers. He carries a weighted grade point average of 3.75. He plans to continue working on his grades and hopes to have a 4.0 average when fall arrives.

His high grades are reflected in the types of schools that have already offered him scholarships. All three of the service academies, along with the Citadel, have made him offers. So have Princeton and Penn, as well as Dartmouth. At last count, some 13 schools have made firm offers to Garcia.

If there’s one thing about Garcia’s recruiting to date that has disappointed Lovette, it’s the lack of offers from North Carolina schools. He had none until just days after this interview was conducted when Gardner-Webb in Boiling Springs near Shelby finally stepped up and made him a scholarship offer.

“There are some good schools in North Carolina he’d be good enough to play for,’’ Lovette said.

But even with only one offer from inside the state so far, Garcia feels he’s been getting plenty of attention in spite of the problems caused by the virus and coaches not being able to make in-person visits.

“The coaches do build a bond with me,’’ he said. “They call me on the phone a couple of times a week and check on me.’’

Garcia isn’t letting the free time he has because he's not going to school go to waste. He has weights in his garage, and he has regular workouts with a neighbor who is also on the Gray’s Creek football team. He’s hoping to gain some weight by the time football season starts in the fall.

He is in no hurry to make a decision where he’ll attend school. He had planned to decide on a school before football season started this fall. The virus is behind the reason for not rushing the process.

He said the college coaches have talked to him in detail about what their schools have to offer, but Garcia wants to pay an in-person visit to the campuses he’s looking at so he can see for himself what each school is like.

He wants to major in engineering and said that most of the schools he’s gotten offers from have an engineering program.

He doesn’t seem committed to playing running back in college, noting that some schools have told him he’ll likely play a slot position for them while others have said they may put him in the offensive backfield and use him in motion where he can get the ball on pitches and run it.

“They’ve tried to explain to me how they want to use my versatility,’’ Garcia said.