Mayor Warner sets up committee to deal with greenway area 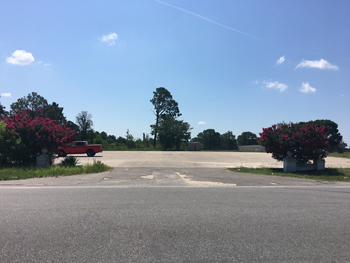 The potential for growth in the area near the recently-opened Golfview Greenway in Hope Mills is drawing a lot of attention, some of it not for good reasons.

That’s especially true for residents of Crampton Road, a quiet neighborhood street near Golfview that dead ends into the old golf course that is now the new Greenway.

What’s causing concern is the old golf course area is currently shared by three different groups. The town of Hope Mills controls about 90 acres, while two developers have plots of 30 acres and 20 acres respectively. 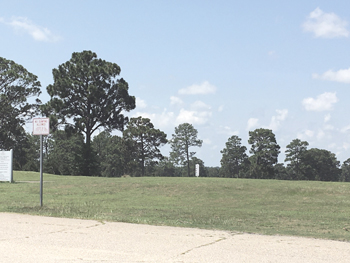 the land, with access to the property coming from a road that would connect through what is now the dead end on Crampton.

Not surprisingly, many people in the neighborhood are not excited about the prospect of a dramatic increase in both population and
traffic.

“Most of the people have lived there 40 years or more,’’ Hope Mills Mayor Jackie Warner said of the residents of Crampton Road.

The town had two chances in 2019 to have more of a direct voice in the future of the area when the YMCA approached the town about purchasing or developing the 20 acres of land it owned. A committee was formed to look into the possibility of developing the land and maybe constructing a swimming facility there. But the committee was disbanded by the Board of Commissioners after one meeting, and the town declined to discuss purchasing the land from the YMCA.

When the YMCA eventually found a buyer, it made one final offer to the town to purchase it first, but the board again said no.

So the YMCA sold the land, and now with three different groups in the mix, Warner is trying to put together a plan to get everyone involved at the same table so a plan can be put together that will take into account everything going on in the Golfview Greenway area so both the future growth of the town and the concerns of the residents of Crampton Road will be respected while the town looks ahead to future growth.
Representing the town on the committee will be Warner, Chancer McLaughlin of the town’s Development and Planning office and town manager Melissa Adams.

Also on the committee will be the developers of the other two pieces of property, a representative from the Department of Transportation, and former Hope Mills commissioner Eddie Maynor, who was added to the committee at last week’s meeting of the Board of Commissioners.
Warner said it was important to get the Department of Transportation involved because they already have plans in the works for developing the area around Golfview Greenway since it’s in proximity to the future addition of the Interstate 295 bypass that will be eventually built near the outskirts of Hope Mills.

“We know we need to get DOT on board so we don’t have to redo anything,’’ Warner said. “If they’ve got a plan we can start working on that plan sooner.’’

The other key for the committee, Warner said, is to have face-to-face meetings with the two developers and hopefully get them to coordinate their plans with both the needs of the families that already live on Crampton Road and in the rest of the area, while at the same time getting everyone on the same page with whatever DOT has in the works.

Warner thinks an ideal solution would be for the town and the two other property owners in the Golfview area to come to a mutual agreement on a shared entry way into the Golfview property so that the residents on Crampton Road can continue to enjoy the privacy of their neighborhood without a dramatic influx of traffic and neighbors.

“We want to have a way of coming up with an entrance off of Golfview that would be safe,’’ Warner said, “whether you have a pedestrian crosswalk, signal lights, whatever is needed. There would be one entrance to the main road and not go through the neighborhood. “By setting up this committee, we know everybody is on board.’’

Warner said the good news so far is that a decision on what is going to happen in the Golfview area has been deferred until after the committee meets and hopefully is able to come to a workable consensus.

Once Maynor’s addition to the committee was approved by the Board of Commissioners, Warner was hopeful the committee would have held its first meeting sometime last week.

“We are trying to have a vision for what it (the Golfview area) will look like 10 years from now when there will be even more reasons for people to be there and visit Hope Mills.’’