A cure for the isolation and a troubled marriage 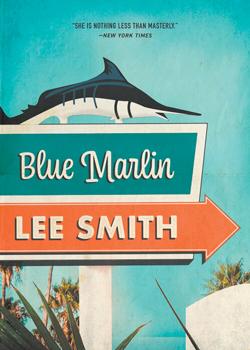 What is the big news in North Carolina?

For some, it is not the bad news that the coronavirus has shut us up in our homes for weeks and weeks and undercut the economic lives of so many.

It is, instead, the good news that, starting April 21 with the release of Lee Smith’s latest book, “Blue Marlin,” there will be something to ease the discomfort of our confinement.

“Blue Marlin” is short, about 120 pages, each filled with Smith’s warm and sympathetic storytelling gifts and characters who reach out and remind us of people we knew growing up.

Smith confesses in an afterword that for all the stories she has ever written, “this one is dearest to me, capturing the essence of my own childhood — the kind of unruly, spoiled only child I was; the sweetness of my troubled parents, and the magic essence of Key West, ever since January 1959, when these events actually occurred.”

Smith then explains that not all the events in her book happened. The book, she says, is “autobiographical fiction, with the emphasis on fiction.” She explains, “I can tell the truth better in fiction than nonfiction.”

In the book, the “Lee Smith-like” character, Jenny, age 13, discovers her small-town lawyer dad — think Atticus Finch — is having an affair. Soon everybody in town knows. Her dad moves out of their home. Her depressed mom seeks treatment at a hospital in Asheville. Jenny is sent to stay with her mom’s cousin Glenda in South Carolina. Jenny fights this placement. Glenda is tough and deeply and out-front religious. Soon Jenny feels at home, adjusting and then thriving under Glenda’s no-nonsense orderliness.

Meanwhile, her parents decide to try to put their marriage back together on a trip to Key West. When they pick up Jenny at Glenda’s, Jenny brings a white New Testament that Glenda gave her, a necklace with a cross that Jenny stole from Glenda’s daughter and a growing interest in Jesus and boys.

Riding to Key West in the back seat of her dad’s new Cadillac, Jenny begins a list of good deeds she will do on each day of their monthly trip “which ought to be enough,” she thought, “to bring even Mama and Daddy back together.”

But the question is, will the time in Key West do the job?

Things get off to a good start. Their hotel, the Blue Marlin, is a positive, not just because of its swimming pool and water slide. The motel is full of a movie crew, including actor Tony Curtis.

“Mama and I were crazy about Tony Curtis,” says Jenny. Both were big movie fans and read the fan magazines together. About Curtis, they “squealed together.” Then they learn Cary Grant is part of the movie’s cast, and things are off to a good start.

Jenny settles into Key West. She walks the streets, visits the old Catholic church, reads the texts in the graveyard, gets to know a group of strippers, and does her good deeds every day. Still she asks whether they were working. “My parents were endlessly cordial to each other now, but so far they had never slept in the same bed. I knew this for a fact. I checked their room every morning.”

To find out whether Tony Curtis’s help and Jenny’s good deeds can bring about real marital reconciliation, you will have to read the book.

But, here is a clue from Smith’s afterword. After the real trip to Key West to help her real parents’ troubled marriage, Smith writes that the Key West cure worked. “Mama and Daddy would go home refreshed, and stay married for the rest oftheir lives.”