The 1943 train wreck that still haunts 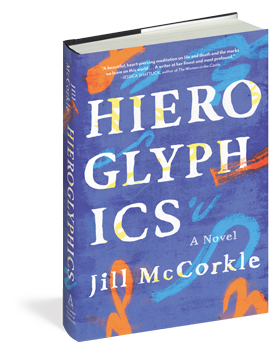 Some North Carolina old-timers still talk about the disastrous 1943 train wreck south of Fayetteville. It killed 74 people, including the father of one of the central characters of beloved author Jill McCorkle’s new novel, “Hieroglyphics.”

McCorkle, who grew up in nearby Lumberton, says she remembers her dad talking about visiting the site right after the crash and seeing all the scattered debris.

The late Joe Oxendine, who was featured in my recent column dealing with Indian sports nicknames, told me that he and other boys from Pembroke drove over to see the wreck and collect some of the stunning remnants scattered over the site.

McCorkle lived in Boston for a number of years. There, she heard about a 1942 nightclub fire that took more than 492 lives, including the mother of another character in “Hieroglyphics.”

When Lil, whose mother died in the fire, and Frank, whose father died in the train wreck, first met, they discovered their common bond, a bond that held them through 60 years of marriage.

As the story begins, they have retired to Southern Pines, which, coincidently, is not far from the site of the tragic train wreck. Close by the wreck site is the modest home where Frank lived for several years after his dad’s death.

Frank and Lil have driven to the old house, now occupied by Shelley, a single mother, and her young son, Harvey.

Shelley has seen Frank driving by before and is nervous. “It doesn’t help that that old man rides by so often now, his green Toyota slowing in front of the house and then circling the block.”

When Shelley meets Frank at the door, he explains, “I grew up here. I would love to see inside if convenient. My wife, too.”

Shelley resists, but at the end of the book Frank is in the backyard of the old house finding some closure.

In the 300 pages between its opening and closing at the old house, McCorkle takes us deep into the lives of the characters we met on the first pages: Frank, Lil, Shelley and Harvey.

Frank carries the consequences of the train wreck throughout his life. Both his father and mother were on the train, coming from Florida to their home in Massachusetts, where Frank and his grandmother waited for them. Frank’s seriously injured mother remained in North Carolina to recuperate. She was sure she heard Frank’s father calling, “Don’t leave me.” So she stayed and ultimately married a local man.

She and Frank lived in his house, and Frank grew up there. Ultimately, he went to college and graduate school, married Lil and became a college professor specializing in ancient history and archeological relics. Along the railroad tracks he collected relics from the wreck, including a toy decoder that he imagined his parents were bringing him for Christmas.

Lil cannot get over the loss of her mother, a ballroom dance instructor, who had not told her husband and Lil that she was going to the nightclub. The questions of who her mother was with and why still haunted her as an adult. She is also a collector. McCorkle uses Lil’s collected newspaper clippings and copious notes to help tell a story that include her agonizing experience of Frank’s misadventures with a younger academic.

Shelley is a court reporter in a Robeson County courtroom during the trial of a brutal doctor who murdered one of his many girlfriends, not unlike a similar murdering doctor in McCorkle’s previous novel, “Life After Life.”

Shelley’s son, Harvey, is a collector of horror stories about the Beast of Bladenboro, the Glencoe Munchkins and other scary tales that kept him awake at night and he used to frighten his schoolmates.

That McCorkle builds these complex characters together into a complex, layered, and gripping novel is just another example of her great storytelling genius.