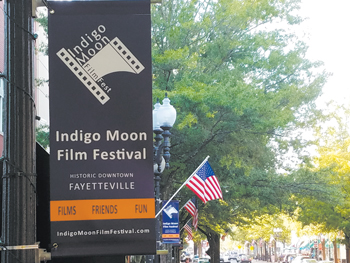 If a hurricane couldn’t cancel the IMFF, there was little chance that a pandemic could.

Instead, IMFF founders Jan Johnson and Pat Wright put their heads together with the festival board of directors to devise a way to continue the festival while reducing health risks associated with in-person audiences.

The solution is a fully virtual event for 2020. All films will be streamed online through a virtual portal. Anyone who purchases a ticket or pass can watch from the comfort and safety of their own home on a computer or television using common apps for streaming.

While some festivalgoers will miss the experience of viewing films on the big screen in one of the traditional venues, Johnson and Wright said the virtual experience has opened up a lot of possibilities for this year and for future festivals, too.

“It’s been exciting learning this new interface,” Johnson said of the process to prepare the virtual venues on the internet site and upload trailers and interviews with filmmakers.

What audiences will see is a streamlined online site that can be searched and selected as easy as ordering any product online.

“If you can turn on your computer, you can watch the films,” Wright said. “Or hook up your computer to the TV, whatever you are comfortable with.”

Festivalgoers can watch trailers and select which films to see, Johnson said.

The virtual experience and online platform allow viewers to watch all of the films if they choose — something that wasn’t possible during past festivals. At four traditional venues, viewers would choose which films or blocks of films to see over a weekend. Using the online platform, viewers have a week to watch as many of the films as they choose.

“Before, each person had to buy a ticket,” Johnson said. With a virtual festival, you buy a pass and can watch films for the entire run of the festival.

There is still a schedule this year, but all films will open on Saturday, at different times. After they are shown, they will be available online and viewers can rewatch them if they want.

Passes are available at VIP, “Three Fer” and student rates. A VIP pass is sold online at $100 and will give access to all films after their scheduled showtime until the festival ends at 11:59 p.m. on Oct. 16. Student and “Three Fer” passes are sold online for $25 each. Viewers can choose to purchase single viewing tickets and can purchase anytime during the festival.

There are more than 60 films in this year’s festival, including opening night’s “Finding Manny,” a documentary directed by Kacey Cox. The movie is inspired by the book “Carved in Stone” and tells the story of Holocaust survivor Manny Drukier, who jumped from a Nazi “death train” at the age of 16 and found refuge in a home for orphans. Drukier was tracked down 71 years later by a German researcher who invited him to return to the orphanage, now a school, to share his story.

“It is a fantastic film,” Johnson said. “The kind of film that makes you laugh and cry.”

In the documentary, as Manny Drukier revisits places that hold some of his darkest memories, he tries to reconcile the past so that he can educate the future.
This sentiment is similar to the motto Johnson and Wright have for the festival — “film inspires change.”

“This is again the season of year and time of our lives we can take a look at how we’re going forward,” Johnson said.

Creating and sharing films can inform and enlighten us — and others — to different experiences, customs and cultures, Wright said. It is a benefit to taking part in a film festival that offers diverse film topics from around the world.

“We get to watch all these films from all over the world,” Wright said. “It’s a way to make our world a little bit smaller and work on these issues that face us.”

One benefit of a virtual festival is that filmmakers can provide Q&A videos to run after the films, Wright said. So far, more than two-thirds of the films will have accompanying Q&As. This introduces viewers to filmmakers and gives some insight to how the films were made.

One Q&A available is from local filmmakers Brian Adam Kline and Nicki Hart who made “Live Vid,” in the Shorts Block: Love.

“It’s about a woman dealing with COVID-19, and I thought Brian’s script was hilarious,” Hart said of the film that takes places in the early stages of the pandemic.

“She is locked down with her husband in her apartment,” Hart said. “She had a social life and friends. Now, all of a sudden, they’re forced to be cooped up and she has no other way to talk to her friends than in a live chat room.”

In the film, viewers see the character talking to her friends, and the responses of her friends, typed out on screen. “She’s really telling them how she’s really feeling,” Hart said.

Making the film was a rewarding experience, Hart said. A veteran of local live theater, this was Hart’s first film to be released to the public. It is also her first producing credit.

Kline, who has directed Hart in multiple shows at the Gilbert Theater, approached her with the script earlier this year.

“In this crazy time of COVID-19, we wanted to do something to make people laugh,” Hart said. “I’m proud of it. It’s a small film, but it’s still impactful. We make you laugh with this film, but we explore that dark underbelly of COVID-19.”

“Live Vid” is also semi-finalist in the Peak International Film Festival, but Hart is proud that her collaboration with Kline was accepted in the IMFF.

“Indigo Moon has a great following and reputation,” she said. “It’s a great, great thing we can claim, culturally, to have a film festival in this town.”

This year’s festival will have Jury and Audience awards that will be presented online after the festival is complete. Viewers will have the opportunity to vote on awards in categories at the end of viewing blocks.

Much of the transition to a virtual festival was made possible by a grant from the Arts Council of Fayetteville Cumberland County, Johnson said. 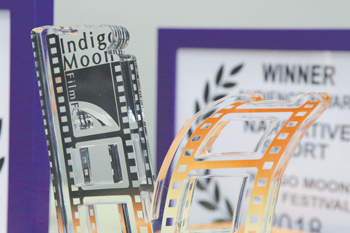 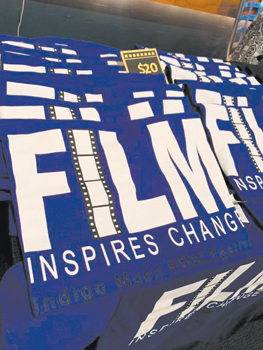