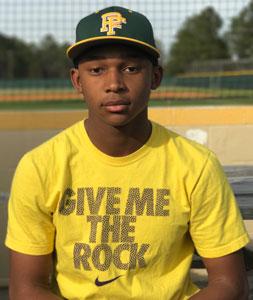 Pine Forest High School’s baseball team is coming off back-to-back trips to the third round of the state 4-A playoffs.

With the loss of nine seniors from last year’s team, head coach Tom Willoughby isn’t predicting his Trojans will fare as well this season, but he’s sticking with a formula that seems to breed success for his program.

Willoughby has had his share of exceptional players, like infielder-pitcher Cobie Vance, who is in his second season playing for the University of Alabama.
Players like that certainly help, but Willoughby thinks the guys who aren’t going to play baseball after high school are just as crucial. “They are going to put the most into that opportunity,’’ Willoughby said. “You raise the team up from the bottom. If you get those guys to play better, the whole team gets better.
“Role players are a big factor.’’

As with Vance a couple of years ago, Willoughby has another budding star to build this year’s team around, shortstop-pitcher Isaiah Bennett. A gifted athlete, Bennett has been a standout in both baseball and soccer for the Trojans.

In January, Bennett flew to Arizona to take part in Major League Baseball’s Dream Series showcase, a special event to expose African-American pitchers and catchers to pro scouts and team staff for evaluation and instruction.

Bennett, a sophomore, has also made an early commitment to play at the University of North Carolina, but Willoughby doesn’t think all that exposure will go to Bennett’s head. “He loves playing the game and he’s going to go about his business,’’ Willoughby said. “He won’t feel the pressure to live up to expectations.’’
Bennett said he’s set a high bar for himself this season and wants to focus on being a team leader, showing his teammates the right way to do things. “I think I can perform at any level I put my mindset to,’’ he said.

One of the biggest challenges for Bennett, and the rest of the Pine Forest pitching staff, will be adjusting to a new rule that limits the number of pitches a player can throw before having to take mandatory days off.

As a short reliever, Bennett doesn’t think the rules will affect him greatly, but he said it could be a problem for pitchers if hitters become patient and pitchers aren’t able to find the strike zone.

“You’ll have to focus on what you’re doing and go after them (the batters),’’ he said.

Willoughby said he supports the new pitching rule but added it will require coaches to think ahead a little more on who they’ll be using in a game and how much.
“I’m getting seven or eight guys ready to start the season,’’ he said. “We’ll have to use two or three guys early on because you don’t want them throwing 85 to 100 pitches right out of the gate.

“We’ll have to use guys as a bridge to get to a closer or just to break up games.’’

Willoughby said the Trojans have some three-game weeks early in the season, so he’s already looking at which pitchers he’ll be throwing in those games.
“It builds depth, and that’s what you want to do as team,’’ he said.

As for how that depth performs on the field, Willoughby will just have to wait.

“As a group we’ve been together about a week now,’’ he said. “These guys have put in a lot of work. It depends on how quickly they develop as to how good we do this year.’’