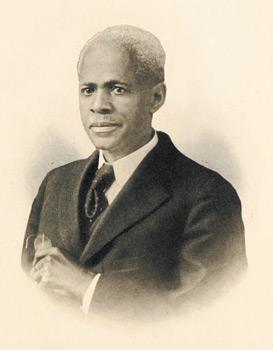 About every second Saturday between March and November, the community is given an uncommon opportunity to time travel.

Residents and out-of-town visitors receive the exclusive chance to hear and learn about Fayetteville’s nearly 300-year-old history while they ride in a horse-drawn canopied carriage. Led by volunteers who double as tour guides, passengers cruise through the Cool Spring Downtown District on a 45-minute historic tour that can take them as far back as the early 18th century in Fayetteville’s ever-evolving narrative.

“It feels more homey,” Regensburger said. “Having that tie with the horse and carriage rides gives us a different ambience, a different feel, and you feel like you might’ve stepped back in time.”

Dr. Hank Parfitt, co-owner of City Center Gallery & Books and organizer of the tours, said sharing stories from the city’s dynamic past is fun for both the riders and their tour guides.

“Our tour guides – they’re not just railing off a bunch of facts,” Parfitt said. “We’re telling stories about people and events that took place in Fayetteville.”

July’s historic tour, which takes place the 14th, will be guided by Bruce Daws, the city’s historic properties manager. It’s a rare occasion to learn about and see the home of Ezekiel Ezra Smith – better known to locals as E.E. Smith.

A man of many hats, Smith was born in Duplin County, North Carolina, in May of 1852. Smith wasn’t formally educated during his childhood because of his skin color. Despite that obstacle, he went on to earn both his bachelor’s degree and doctorate from Shaw University and left a legacy as a diplomat, serviceman, principal and longtime president of Fayetteville State University.

Soon after taking the position in Goldsboro, Smith was selected to serve as a major in North Carolina’s Home Guard in 1880. In 1898, he joined a North Carolina regiment of black troops that, though never called upon, was formed to go into battle during the Spanish-American War.

He was appointed head of the Howard School, now known as Fayetteville State University, in 1883. Five years later, he served as the consul to Liberia, notably improving U.S. relations with the foreign country.

He returned to Fayetteville in 1899 and served as the president of FSU for nearly 50 years. He held that position for the remainder of his life.

Smith’s 19th-century Fayetteville home was purchased by the city two years ago and is being restored, making this tour a unique occasion for people to see this historic landmark.

Parfitt said longtime residents of Fayetteville are always able to gain new knowledge when they participate in a historic tour. “They always come away shaking their heads saying, ‘Wow. I didn’t know that.’ That, to me, is a lot of fun to hear (coming from) someone like that who already knows a lot about Fayetteville,” he said.

Newer residents have the chance to gain a little more, Parfitt added. “For someone who has just moved to the community, it helps ground you in this community you’re now going to call home.”