‘The Lion, the Witch and the Wardrobe’ brings hope to Gilbert Theater 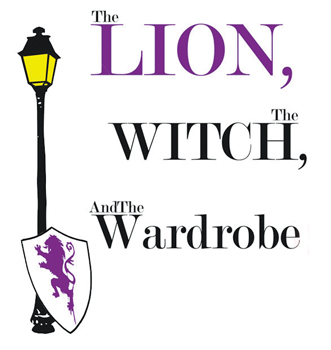 When Gilbert Theater put together its 2018- 19 season, there was no ulterior motive or special timing involved in the decision to run “The Lion, the Witch and the Wardrobe” as the next-to-last show. But now, as the play readies to open April 5 and run through the 21st, Gilbert Theater Artistic Director Matthew Overturf says the timing of this production is perfect. Not only that, it is entertaining and all-inclusive — so bring the whole family.

The play, based on the first book in the C.S. Lewis series “The Chronicles of Narnia,” answers the call of the community’s desire for children’s theater. And as Overturf put it, it just seems like the right show for now.

“We live in a world where a little bit of fanciful and hope is important,” said Overturf. This play brings hope with its message of good triumphing over evil, but in a fun and quirky way that Overturf describes as “a little off the beaten path.”

It’s set during World War II. The children evacuate from London, England, to the home of Professor Digory Kirke. While there, they discover a passageway to the magical land of Narnia in the back of a wardrobe. In Narnia, the children meet a talking lion named Aslan (Jamal Johnson) and an evil witch (Nicki Hart) — among other colorful characters.

“Brian has done work with us before,” said Overturf. “He has a lot of really fantastic experience working with children. … Also, the way he is bringing this story to life is fun and fanciful. He is doing a phenomenal job.”

With its cozy space and Off-Broadway feel, the Gilbert turns what some would see as the challenge of bringing a big show to an intimate space into something unique and magical.

Overturf added that the battle scenes are interesting and that the final battle is especially fun. He promised that fans of the story will meet all their favorite characters from the book.

“If you want a story that will transport you to another place, this story is going to do it,” said Overturf. “If you aren’t familiar (with it), this is the type of show that is accessible to all ages. It deals with classical themes like good versus evil and right and wrong. This has universal themes accessible to anyone.”

At the opening night performance, the Gilbert will announce its 2019-20 season. Overturf hinted at a different feel for next season, saying there will be several comedies.

The 2018-19 season ends on a serious note with “The Laramie Project,” which runs May 30-June 9. After that, the theater rolls right into summer activities, including the Next Stage summer play fest, which takes place in July. Children’s summer camps fill the calendar as well.

“The Lion, the Witch and the Wardrobe” runs April 5-21 at Gilbert Theater, which is located at 116 Green St. Call 910-678-7186 or visit www.gilberttheater.com for tickets and information.