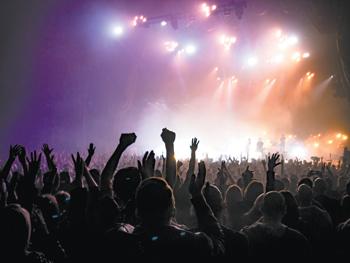 The health of members in our community is important. Due to the spread of the coronavirus, as a precaution, several events have been cancelled throughout the community. Please call to confirm events.

Shows like "American Idol" and "The Voice" have captivated the eyes and ears of people all across America for over a decade. These shows seemingly find some of the best vocal talent right off the street and plop them into living rooms in front of the whole country as they compete to see who has what it takes to be America's next hit performer. So, many people whose lives and voices tug at your heart strings filter through season to season but seem to disappear after it is all said and done. You're left saying, “Hey, what happened to that guy?” or “I really liked that one girl!” but have no clue what they've been doing since the show's finale.

In 2009, on Season 8 of "American Idol," we met Wisconsin native and former church music director, Danny Gokey, who quickly won the hearts of the nation with his larger-than-life voice. However, there was more to Gokey than just his voice. Just four weeks before his audition, his wife of 12 years died due to heart disease but not before encouraging him to audition for one of her favorite shows — "American Idol."

America watched Gokey nail every performance in the middle of his overwhelming grief as he rose to third place that season. But, after the season ended, he seemed to disappear into the background of the music industry.

After a couple of less-than-successful mainstream pop records, Gokey made the move musically to go back to where his heart could truly sing — he was signed to Christian music label BMG in 2013 and released his first Christian album in 2014.

Since 2014, Gokey has been nominated for eight GMA Dove awards and a Grammy, and he won a GMA Dove award in 2016 for Christmas Album of the Year. He most recently won K-LOVE Fan awards for Male Artist of the Year and Breakout Single for his song “Tell Your Heart to Beat Again” in 2018. Gokey has seen many milestone career moments, with all four of his albums debuting at No. 1 on Billboard Christian, RIAA Certified Gold Single, over 750,000 albums sold and over 175 million online streams.

Even better news? His current tour, Unplugged: Stories and Songs featuring Coby James, is coming to our area. Mark your calendars for Thursday, April 2 at 7 p.m. at Central Baptist Church in Dunn. Get your tickets at www.christian1057.com, and click the Danny Gokey banner on the homepage.