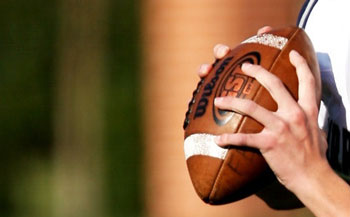 During the month of October, the National Federation of State High School Associations observes National High School Activities Month.
Each week highlights a separate aspect of high school activities.
The current week is devoted to sportsmanship, fan appreciation and public address announcers.
The week of Oct. 6-12 focuses on the performing arts. Oct. 13-19 is for coaches, sponsors, advisors and officials.
The month wraps up Oct. 20-26 with community service and youth awareness week.
Karissa Niehoff, executive director of the National Federation, best summed up the important role high school activities play across the country.
“High school sports and activity programs provide one of the best bargains in our community and nation and will continue to do so as long as our nation supports them as an integral part of the education of our young people,’’ she said.
“Not only do these programs teach the more than 12 million young people who participate in them valuable life skills lessons, such as ethics, integrity and healthy lifestyles, they also provide the best entertainment value in our nation.’’
The record: 35-12
Last week was shaping up as a disaster after a 1-2 start on Friday and Saturday. Some close calls in Monday’s postponed games were threatening to push my record for the week under .500.
But most of the close calls went my way and I wound up with a 6-3 record which ran the total for the season to 35-12, 74.5 percent.
• Cape Fear at Gray’s Creek - I think Cape Fear has shaken off the slow start it got off to and appears poised to get into the thick of the Patriot Athletic Conference race.
Meanwhile, Gray’s Creek is having problems coming off the stunning upset at the hands of an E.E. Smith team that hadn’t won in its last 17 outings.
I definitely like Cape Fear in this one.
Cape Fear 28, Gray’s Creek 14.
• E.E. Smith at Douglas Byrd - Everyone had been saying if E.E. Smith can correct a few mistakes they can get a win. That’s exactly what happened last week in knocking off Gray’s Creek.
I think the Golden Bulls will have a shot at two in a row against a Byrd team likely to be brooding over a tough loss to Pine Forest.
E.E. Smith 22, Douglas Byrd 20.
• Jack Britt at Lumberton - Look for Jack Britt to rebound quickly from its first loss of the season to a strong Scotland team.
Jack Britt 32, Lumberton 12.
• Pine Forest at Westover - Westover is experiencing some tough times while Pine Forest finally came up for air last week in its win over Byrd. I look for the Trojans to continue heading in the right direction this week.
Pine Forest 29, Westover 6.
• Seventy-First at Hoke County - The Falcons are on a rare two-game losing streak, and even though Hoke is vastly improved, I have a hard time seeing Seventy-First losing three in a row.
Seventy-First 24, Hoke County 18.
• Terry Sanford at Overhills - The Bulldogs got a wakeup call at Rolesville last week. I look for them to return to Patriot Athletic Conference play this week with a win.
Terry Sanford 30, Overhills 12.
Open dates - South View, Fayetteville Christian.
Other games: Trinity Christian 31, Charlotte Christian 14.