FTCC’s Perry was friend to everyone he met 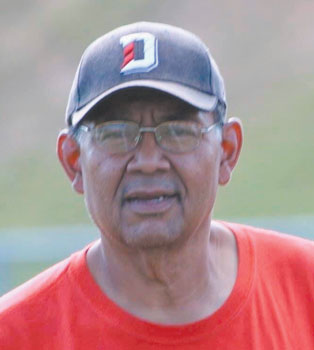 If there was such a thing as a hall of fame for being a caring person who reached out to all fellow human beings, Rex Perry would be a unanimous choice for induction.

Perry, 58, a friend to many and a familiar figure in Fayetteville and Cumberland County athletic circles, died on Oct. 25 at the Hock Family Pavilion in Durham after a lengthy illness.

An athlete at Pine Forest High School, he played on the highly successful football teams of the late Trojan head coach Gary Whitman.

Since 2006, he was employed at Fayetteville Technical Community College as the coordinator in the student activities office. In 2017, he added the role of Student Activities Technician.

One of his coworkers at FTCC is Billy Gaskins, the school’s head baseball coach for the past two seasons.

Gaskins had known Perry on and off since 2006 when he got involved in coaching high school baseball locally.

“He was one of the nicest guys I ever met,’’ Gaskins said. “He was always willing to help, even during his struggle the last couple of years. He was the type of person who led by example.’’

Gaskins said even at the height of his poor health, Perry would continue to try and show up for work as often as possible. He was always enthusiastic and helpful, regardless of how he felt, Gaskins said.
Whenever Gaskins brought baseball recruits to the FTCC campus, he’d always stop by Perry’s office in the Tony Rand Center and introduce them to Perry.

“He stood up, shook their hand and had a conversation with them,’’ Gaskins said. “He had a little pep in his step when I walked in with a recruit.’’
In addition to his work at FTCC, Perry was also an athletic official, working for the Southeastern Athletic Officials Association in sports like football and softball.

“Rex was just a likable guy,’’ said Neil Buie, regional supervisor of football and baseball officials for the SAOA. “There was never a nicer person, a guy that was easier to get along with. Truly a good human being.’’
Ronnie Luck was one of Perry’s first coaches, instructing him in football when the two were together at Spring Lake Junior High in the mid-1970s. “He was a good kid,’’ Luck said. “Never caused any trouble. Easy-going, soft-spoken. He always gave you the best he had.’’

Luck said Perry had an incredible memory for people, places and things and could recount detailed stories about things that happened years ago.

Shortly before Perry passed away, he and Luck spoke briefly and Perry told Luck he was okay. “He touched my life,’’ Luck said. “I hope I did some positive for him in his younger years. But as a man, he certainly touched mine.’’
Luck said Perry was respected by his peers, both in the athletic and professional arenas. “He was very selective in what he said and when he said it,’’ Luck said. “He was one of the good guys.’’