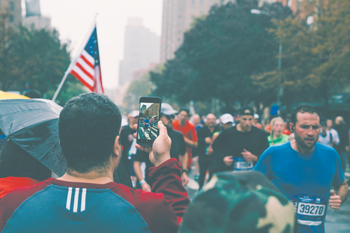 ShineLight, a Fayetteville-based organization that offers services for individuals with autism, will hold its 5K Shine Your Light run and one-mile fun run Saturday, April 27, at Town Hall in Hope Mills. The address is 5776 Rockfish Road.

Nikki Creecy, chief executive officer of ShineLight, said the organization is 13 years old and was previously called Genesis, A New Beginning of Fayetteville.

“We rebranded in 2014 and decided to specialize in autism,’’ she said. Creecy said the rebranding was done because the majority of people the organization was working with suffered from autism.

The services provided to individuals with autism are of a behavioral nature, she said. The services deal with skill development that allows autistic individuals to replace maladaptive behaviors and function in society, the community, at home and in school.

Recently, ShineLight has added applied behavior analysis to its services.

The run is an annual event that was held in Fayetteville last year. Creecy said it’s held in April because that’s autism awareness month.

“It’s all about shining the light on autism and ShineLight, as well, so people will know who we are for the purpose of educating the community,’’ Creecy said.

All proceeds from the race will go toward funding the services ShineLight provides.

The race is open to both serious runners and to those who just want to get out and support the cause.

There will be official timing for those who want to compete. The first 300 finishers will get medals, Creecy said, but there will be separate prizes for the first-, second- and third-place overall finishers. There will also be awards presented in various age groups.

In addition to the race, there will be a raffle for wireless ear buds, a Go Pro camera and a Fitbit. Raffle tickets are $1 each, and those buying tickets don’t have to be present to win.

There are three entry fees. For the Shine Your Light 5K, the cost is $35. The one-mile Fun Run is $17. Teams of five runners can participate for $30 each.

Sponsorship opportunities are also available. There are five levels of sponsorship, from $5,000 to $250. Each offers combinations of race entries, event T-shirts, logo recognition and vendor space.

For those not interested in the sponsorship option, in-kind donations or direct contributions are available.

Creecy said volunteers are also welcome to help out, and if any food trucks would like to set up at the race site, they are welcome to contact the ShineLight offices. In order to be assured recognition in printed race materials, sponsors must finalize their deals by April 12.