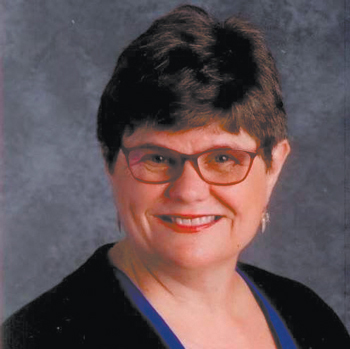 Henrietta Jutson has been a member of the faculty at Jack Britt High School since it opened its doors in 2000.

Now she’s one of 50 finalists for a cash prize awarded by Harbor Freight Tools to teachers like her who specialize in the area of skilled trades.

Called the Prize for Teaching Excellence, the contest will award 18 teachers prizes ranging from $100,000 for first place to $50,000 for second place. Each winner will get a share of the prize money with a share also going to the school where they work.

Jutson was one of some 700 teachers nationally who entered the competition.

She teaches integrated systems technology at Jack Britt, which she called a concept of using all types of technology in a manufacturing environment.

As she put it, it’s when the various elements of technology begin walking and talking together. Her students work with such things as robotics, programmable logic control, hydraulics, pneumatics, plastics and some computerized controls.

They learn all that and it all starts to work together,’’ she said. “Then they put large projects together.’’

Jutson said the best part of her job is her students, most of whom are part of Jack Britt’s Integrated and Systems Technology and Applied Engineering Academy.

“They are interested in what we are doing,’’ she said. “Each of the three classes has its own capstone project they work toward. They really drive their own project. That’s the easiest part.’’

The problem is that not everyone works at the same speeds or at the same time, so it can be a challenge to get all the parts of the project to come together.

“It’s all about students doing what they want to do because everybody is doing something different at the same time,’’ Jutson said.

Jutson is bracing for the next round of the competition, which will require her to write essays in response to a series of questions.

“You want to answer them as clearly and succinctly as you can,’’ she said. “You want to give them some wow factor and you want it heartfelt and to do a good job writing it,’’ she said.

She praised the people with Harbor Freight Tools for recognizing the work teachers like her do by putting some serious prize money in the contest.

“I think it’s wonderful they’ve shone a spotlight on it,’’ she said.