Heart of Christmas Show Brings the Season to Life 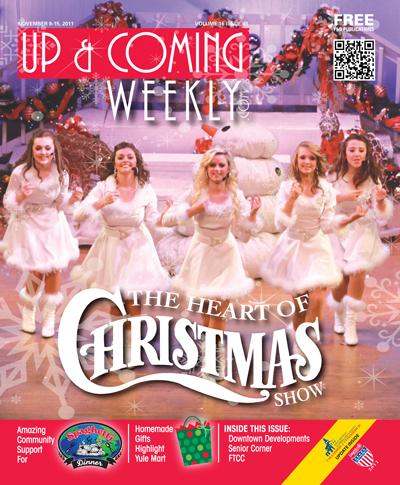 The Heart of Christmas Show has grown quite a bit since its inception in 1999. Anyone who spends more than a minute with Laura Stevens, the director, can tell you that she is passionate about this show in the same way that mothers are passionate about their newborn babies. She looks forward to the performances with the magical anticipation of a 6-year-old waiting for Santa to come down the chimney.

“There are just so many wonderful elements to the show,” said Stevens. “Every year I look forward to ﬁ nding new ways to make it even better.”

That’s a tall order since there are so many people in the community who tell Stevens about their favorite segments and plead with her to keep them in the line-up. Still, she’s always searching for the next skit, the next number, the next dance that will take the show to a higher level of glamorous excellence — because for her it is about more than putting on a great performance.

“The show is absolutely about giving the audience something to remember and putting them in the Christmas spirit,” said Stevens. “But it is also about all the hard work and dedication that the performers put into it. These kids and their families eat, sleep and breathe this show for several months each year and seeing the smiles on their faces and the joy in their eyes when the audience applauds at the end of each number is incredible. They work so hard to be able to deliver an amazing performance for the audience.”

The performers, who are all between the ages of 6 and 19, work hard to deliver perfect performances, and Stevens works just as hard to make sure that each and every segment touches the audience in some way, whether it means laughing out loud, bringing them to tears or evoking reverent silence. 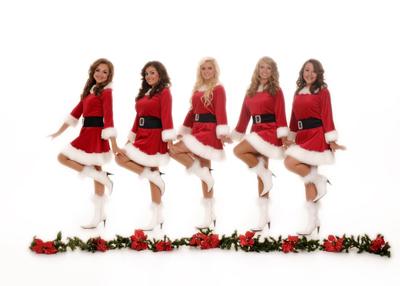 Voices of the Heart, an all-girl, teen Christian vocal group is a huge part of the performance every year. This year Katelyn Godbold, Hannah Godbold, Mandi Hawley, Rachel Crenshaw and Hannah Pritchard bring the group to new heights.

“Each year Voices of the Heart is amazing,” said Stevens. “This year’s group is just phenomenal. It is like having ﬁve Mariah Careys up on the stage when they perform. Part of what makes this show so incredible is that the performers are all children and young adults. The fact that they deliver such a high-quality performance every year really says something about their talent and dedication.”

The show starts off each year with a fun and light-hearted look at Christmas through the eyes of children. It explores the joy and sense of anticipation that makes the Christmas season such a magical time for the young-at-heart.

The second half of the show is more about the Christmas story and the birth of Jesus. It’s a testament to the talented performers that the audience is left in awe-struck silence following the manger scene. 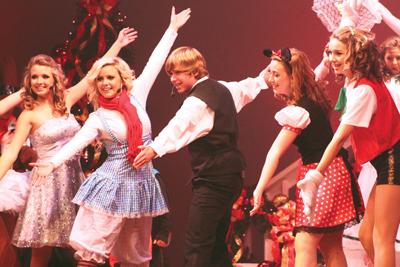 The performers are clearly dedicated to the show, and it has paid off as year after year people come form further and further away just to see The Heart of Christmas Show.

“We’ve had people tell us that they’ve come from Florida to see the show and that they look forward to the trip up here to experience it every year. Other people have said that our show is as good as anything they’ve seen in Branson, Mo.” said Stevens. “Last year I met a lady who told me that this is the show that puts her in the Christmas spirit. She leaves the show and goes right home to bake Christmas cookies.”

And it all started as a way to bring something more to the community. From the very ﬁ rst performance, Stevens has made sure that all proceeds from the ticket sales are put right back into the community. Generous sponsors cover the costs of production each year, providing an opportunity to help Fayetteville’s youngest and most vulnerable citizens, its children. So far, more than $300,000 dollars has been donated to Friends of Children, The Child Advocacy Program, the Autism Society and Falcon’s Children’s Home.

Stevens is quick to thank the long list of sponsors who make it all possible. “The support we have from the local business community is amazing, but as much as we appreciate the support they give us, what means the most is when I see our sponsors bringing their friends and families to the show every year.” 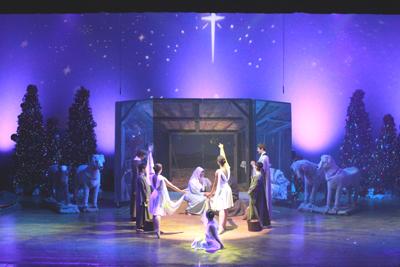 Tickets are available now and can be purchased at Hawley’s Bicycle World, The Crown Center box ofﬁce, by calling 978-1118 and at ticketmaster outlets. Adults and Children tickets are $12.00 in advance, $18.00 at the door. Group rates $10.00 per ticket are available for groups of 15 or more.

Photo top right: The talented teens in Voices of the Heart are one of the reasons the show is so successful each year. The girls are joined by other performers and dancers to make the show a hit.