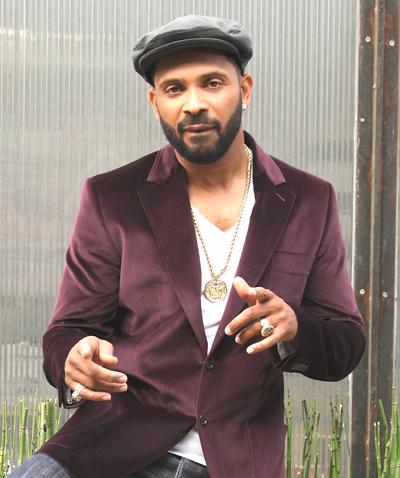 Are you ready for a night of laughs and non-stop entertainment? Well get ready, because Mike Epps is live at the Crown Center on Sunday, Feb. 19. The comedian is back again to give the audience new laughs and enjoyment as part of his I’m Still Standing Tour.

The funnyman has proven his talents numerous times in the entertainment industry. Epps’ biggest debut was his appearance on HBO’s Def Comedy Jam. In 1999, Epps received recognition for these outstanding performances on the national stage. It took the comedian to the next level. He decided then to move to Los Angeles and pursue a career in comedy. Of course, the comedian had been doing stand-up for many years. It was something he believes he was destined to do and it shows with his success in the entertainment industry.

Fellow entertainer, rapper and actor, Ice Cube took notice of the comedian while he performed at the L.A. Comedy Store. This encounter lead to one of the comedian’s first roles in a movie, Next Friday. He played the role of Day-Day, the cousin to Ice Cube’s character, and the movie was a true comedy hit. Since his debut as an actor, Epps appeared in the movies Bait, How High and even played the voice of Sonny in Dr. Dolittle 2.

It is safe to say that the comedian has had a great career and it continues to grow. He has truly made a name for himself in the entertainment industry. Of course, Epps still tours the country and performs at many sold-out arenas and theatres. His onehour comedy special, Inappropriate Behavior, that aired on HBO was rated the top one-hour special of the year. DVDs, of the performance, were made available to the public that same month.

On Sept. 10, 2006, Epps switched roles and began to host HBO’s Def Comedy Jam. Epps has performed in many other movies since his debut as an actor including: All About the Benjamins, Welcome Home Roscoe Jenkins, Soul Men, Hancock, Open Season, The Fighting Temptation, Open Season, Friday After Next and Jumping the Broom, to name a few.

The Crown Center is delighted to see the comedian perform again for the community of Fayetteville. Garry Marshall, director of marketing and sales, stated the comedian had another performance at the Crown Center a year ago, which was very well received by audience members.

“He is a very talented performer,” Marshall explained, “He gives a show that is very crowd-pleasing.”

Tickets for the show are selling rather quickly and it is highly recommended that future audience members purchase tickets soon to ensure the best seats.

“This is a reserved-seat show and the sooner you purchase your ticket the better the seats you will get,” Marshall adds.

At the Crown Center theatre, parking is free and all normal concessions will be opened on the night of show. The comedy show will begin at 7 p.m. Call 438-4100 or visit www. atthecrown.com for ticket prices and hours.