Trump and His Generals 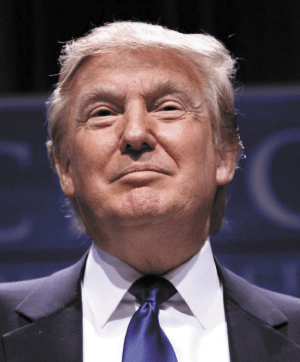 President-elect Donald Trump was ridiculed for claiming he knows more about ISIS than the generals. As Commander-in-Chief to be, Trump now must face reality. In an interview with Military Times, retired Army Gen. Barry McCaffrey says Trump’s lack of foreign policy experience will prove challenging for the Pentagon. He says he’s confident military leaders will try to work constructively with the unpredictable president-elect. “He’s remarkably uneducated about almost every aspect of defense and foreign policy,” said McCaffrey, a highly decorated Vietnam combat veteran who rose through the Army’s ranks during a 32-year career. As Commander-in-Chief, Trump will come into office with automatic support from senior military leadership, McCaffrey notes.

Recently retired Marine Gen. John Allen warned that if Donald Trump were elected president, there would be mass unrest among the military rank and file over policies he would implement. Allen was on record in support of Hillary Clinton. “I think we would be facing a civil-military crisis, the like of which we’ve not seen in this country before,” Allen said. The four-star general, who served as commander of the International Security Assistance Force in Afghanistan, was a featured speaker at the Democratic National Convention.

When it comes to rank and file troops, McCaffrey said Trump’s election will help inspire them because many of them come from rural America where Trump has significant support. McCaffrey notes, “There were a lot of things Trump said that were right, in isolation,” but he’s also “impulsive and his instincts are very bad,” he said, citing Trump’s stance on nuclear weapons as an example. The retired general wrote an op-ed piece about Trump for The Seattle Times in August, in which he referred to Trump as an “abusive braggart” who  wasn’t fit to lead the armed forces. “I don’t withdraw one word of it,” McCaffrey told Military Times. “But now I wish him well. I hope he can pull this off.”

Trump has no military experience. As a youngster, Trump’s parents transferred him to military school in eighth grade after attending a prep school. At New York Military Academy, students wore uniforms in a quasi-military environment. Cadets participated in march drills and adhered to a strict regimental hierarchy. Trump often points to his five years at the academy in Cornwall-on-Hudson, about 60 miles from his home in New York City, as a formative period in his life that helped qualify him to be Commander-in-Chief. Although he received controversial educational and medical deferments from the Vietnam War draft, he has said that the school provided him “more training militarily than a lot of the guys that go into the military.”

Some are concerned that Trump has displayed an ignorance of the checks and balances that guide an American president’s control of the U.S. military. “Mr. Trump does not seem to realize that active-duty generals are long-serving, apolitical professionals who do not belong to any one administration or president,” said retired Army Lt. Gen. David Barno before the election. “On January 20th, there won’t be any Trump generals or Clinton generals. There will only be America’s generals, no different than today.”