HB2 Remains Law of the Land 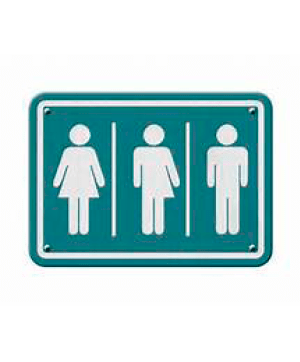 What was supposed to be a hallmark of bipartisan support leading to repeal of North Carolina’s “bathroom bill” collapsed last week as state legislators backed out of a deal. The General Assembly voted to adjourn its special session with the law still on the books. Earlier, Charlotte’s City Council held up its part of the arrangement by voting unanimously to rescind its nondiscrimination ordinance under the promise that the legislature would then move to repeal HB2.

Gov. Pat McCrory then called the legislature back for a special session believing he had the votes to put the controversial measure behind him. But attempts by his own party’s lawmakers to short-circuit the special session began minutes after it opened. House Rules Chairman David Lewis, a Harnett County Republican, said there weren’t enough members of the GOP caucus who support repealing HB2 to approve doing that. Democrats were expecting a clean repeal bill.

Instead, Sen. Phil Berger, GOP President Pro Tem of the senate, proposed a six-month “cooling-off” period and HB2 would essentially be in effect for another six months. “It’s something that helps us get to a reset,” said Berger. Democrats balked fearing the law would stay on the books indefinitely. “It doubles down on discrimination. It does not repeal HB2,” said Rep. Chris Sgro, a Guilford County Democrat. “It doesn’t help us get the NCAA back, it doesn’t help us get the NBA back. It means North Carolina remains deeply closed for business,” he added.

What started all of this was Charlotte City Council’s passage of a local ordinance that required businesses to allow transgender individuals to use the bathroom of their choice. Angry lawmakers and Gov. McCrory warned the state would intervene if it passed. Charlotte enacted the ordinance and legislators called themselves back to Raleigh in March and quickly passed House Bill 2. It requires individuals to use the bathroom, locker room or shower that corresponds with the gender listed on their birth certificates. The rule applies to state-owned facilities such as university campuses, as well as local government buildings, including schools, courthouses and city halls. It established a statewide nondiscrimination law that does not include LGBT protections. In North Carolina, cities and counties are governed by the state.

Earlier this month, the legislative leadership, Governor McCrory and Governor-Elect Roy Cooper had agreed in an unusual bipartisan display to repeal the law by the end of the year if the Charlotte City Council agreed to roll back most of its local ordinance. Both Cooper and McCrory claimed credit for the agreement and blamed one another for the rancor surrounding the issue. The law had also become a liability for some suburban Republicans, some of whom like Sen. Tamara Barringer, R-Wake, and Rep. Chris Malone, R-Wake, called for repeal during the fall campaign. Exit polls on election day indicated 65 percent of North Carolina voters supported repeal. Businesses and their trade groups have been complaining loudly for months that the measure was costing the state millions of dollars in lost business and jobs. A variety of conventions, concerts and sports tournaments have moved or canceled events scheduled for North Carolina. Of course, groups representing LGBT interests, such as Equality North Carolina and the Human Rights Campaign, also called for repeal ever since the measure was passed.