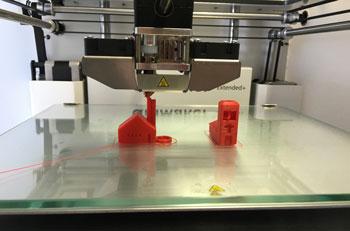 If there is an emerging technology that easily fascinates both young and old, that technology is the 3D printer. A seeming magic act that makes something from nothing, the 3D printer has the ability to revolutionize industry in that it could enable the return of the cottage industry and the redistribution of the production of goods from the mega-factories of the present to the mom-and-pop shops of yesteryear. In addition, the potential applications of 3D printing extend far beyond the commercial. They reach into realms as fundamental as healthcare and as speculative as extraterrestrial colonization.

As this technology is perfected and the number of printable materials grows, its application will grow geometrically and impact not only industry but also society itself.

Another technology that has impacted society in the last score of years is the technology of the video game in an entertainment and cultural shift as powerful as the one driven by the moving picture. Today, 3D game worlds rival the real world in grandeur and scope. These worlds generate their own economies based on real money exchanged for for virtual goods, and they generate tangible excitement and contentment from imaginary people, places and things.

So what’s the connection between these two when video games dwell in the virtual word of a cyber plasm and 3D printers craft the real from molten plastic? The connection is 3D. Every 3D printed object begins its life in the cyber world as a computer-generated ghost of itself — a virtual blueprint on whose precision lies the fate of every form that springs from printer’s nozzle.

Now, almost anyone can buy a 3D printer, and just like that, become a 3D factory. However, most people rely on pre-packaged prints. A child can print a Millennium Falcon toy, but a child did not make the model for the print. A dentist may 3D print a crown, but a dentist is not going to model one. These objects would be garbage without the precision geometry that is the handiwork of an experienced 3D modeler.

Sure, there are 3D scanners and other such devices that create models from real-world objects. But these models still need a human hand to smooth out the rough imperfections that such devices generate.

At Fayetteville Technical Community College, we have created a 3D printing lab in our Simulation and Game Development department because we already teach the 3D modeling skills that make 3D printing possible. FTCC seeks to broaden the career potential of our students and to provide a workforce that can carry Cumberland County and its environs through the 21st century.

The skills we are giving students will spur new ideas for the use of 3D printers and will help keep the Simulation and Game Development program at FTCC vital and relevant.

Still, we strive to expand beyond our core students with our 3D printing lab. It is our goal to open the lab and courses to all students at FTCC, and it is our desire for 3D printing students to participate in collaborative projects involving engineering, healthcare, art and criminal justice curricula students, among others. To this end, we are offering a certificate and a diploma as credentials in the specific area of 3D modeling and printing going forward.