Local 911 center no closer to reality 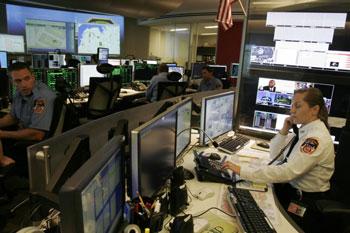 A new development in the community’s 10-year struggle to establish a joint city/county 911 emergency dispatch center may further disrupt the plans. Cumberland County’s 911 Communications Center has been designated an Accredited Center of Excellence for emergency medical dispatch by the International Academies of Emergency Dispatch. County Emergency Services Director Randy Beaman made the announcement.

“This acknowledges that our center is meeting national standards and is providing the highest level of service to the citizens,” Beaman said. He said the accreditation is valid through 2020, and he verified that county government continues to be competitive with the city of Fayetteville in its standard of emergency communications. Fayetteville’s 911 dispatch center has been fully accredited without interruption.

The IAED is a nonprofit, standard-setting organization that promotes safe and effective emergency dispatch services worldwide. It evaluates and accredits medical, fire and police dispatching. Beaman said Cumberland County’s emergency dispatch center in the downtown law enforcement center was fully accredited through 2014. That was the year officials failed to seek reaccreditation, resulting in the temporary loss of the mandate. “But the standard of operations never changed,” he said. It was the lack of official accreditation that resulted in county commissioners begrudgingly agreeing to grant the city responsibility for day-to-day operation of the center, and that likely will not change.

The county board has rejected a shared capitol construction cost of the $30 million call center offered last month by city council. The city’s proposal would cost city taxpayers $7.8 million with the county’s share being $5.2 million. The county believes the city’s share should be much more. Local government will ask the North Carolina 911 board of directors to award $15 million toward construction of the communications center, which would be built on cityowned property off Fields Road. The grant request must be submitted by the city of Fayetteville no later than Dec. 15. An application submitted in August was turned down because there was no interlocal agreement outlining which local government would be the lead entity.

If the state awards local governments the $15 million grant, city and county officials would still be faced with overcoming differences on the shared cost of construction.

Mayor Mitch Colvin was asked if the new development is a game-changer. “As I stated during the campaign, it is vitally important to the citizens we represent to work collaboratively with all the elected boards,” he said. “I will work tirelessly to come to common ground on this matter if it is at all possible.” Outgoing County Commission Chairman Glenn Adams did not respond to Up & Coming Weekly’s inquiry.