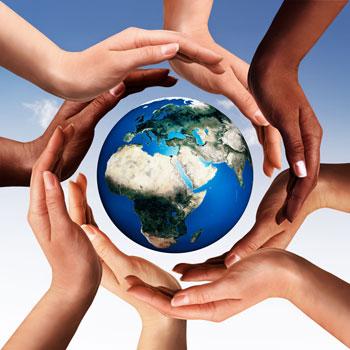 The city of Fayetteville was first recognized as one of the most integrated communities in the nation 25 years ago. Recently released U.S. Census data continues to show Fayetteville is among cities in America with almost equal populations of whites and African-Americans. A 1992 University of Michigan study found Fayetteville was the fourth least-segregated city in the country. Another North Carolina military community, Jacksonville, was No. 1. Experts suspect growth in the population of retired Army veterans and regular turnover of military families are among the main contributors to the phenomenon.

David Nash, senior planner for the city of Fayetteville, shared new U.S. Census 2012-16 American Community Survey 5-year estimates with Up & Coming Weekly. Of Fayetteville’s estimated 203,670 residents, 46 percent are white; 42 percent are black. Other populations, to include Asians and Hispanics, comprise the remaining 12 percent of the city’s population. The minority population has grown slightly while the majority population has declined somewhat since the 2010 census. Forty thousand suburban residents of West Fayetteville were annexed 10 years ago and contribute to the diversity.

Integration in America has been a slow process. “There has been a great change in attitudes among whites. But there has been a much slower change among whites to accept blacks as neighbors,” said Reynolds Farley, a researcher who oversaw the University of Michigan study.

Over the years, the acceptance of mixed-race neighborhoods in active duty and retired military communities like Fayetteville is an exception to the general rule. Cities with large portions of housing built after the Fair Housing Act of 1968 had greater racial integration, the study found. The 1968 act expanded on previous laws and prohibited discrimination concerning the sale, rental and financing of housing based on race, religion, national origin, and since 1974, gender. Since 1988, the act also protects people with disabilities and families with children.

The population growth of Fayetteville and Cumberland County has been stagnant over the last 25 years. Intermediate census reports indicate that only 1,100 new residents call Fayetteville home since 2010. Five years earlier, the so-called “big bang annexation” catapulted Fayetteville’s population over the 200,000 mark. It was the last involuntary annexation by a North Carolina city because of a change in state law provoked by the “big bang.”

There has been virtually no residential growth in unincorporated areas of Cumberland County. No one seems to know why that is, although County Manager Amy Cannon has said a reduction in the military population a few years ago could have something to do with it. Fort Bragg is home to 54,000 soldiers, and the military population has increased regularly over time except for a brief period several years ago. The number will likely eclipse 55,000 with the arrival of a new Security Force Assistance Brigade. Fort Bragg is the largest military installation in the U.S.