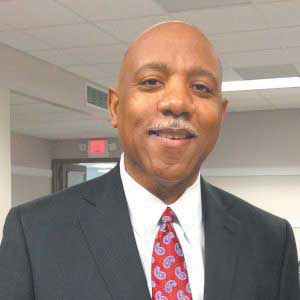 “Cumberland County schools have a lot of potential for academic achievement and improved graduation rates as well as the overall social welfare of students.” These are the words of Cumberland County Schools Superintendent Dr. Marvin Connelly Jr. in an exclusive interview with Up & Coming Weekly. Connelly takes responsibility for the governance of 87 schools and 50,000 students as the new traditional school year gets underway.

Cumberland County Schools made up the fourth largest school system in North Carolina until Winston-Salem Schools took over that position a few years ago. Connelly was chief of staff of the public schools of Wake County, the largest system in the state.

“The challenges are the same. It’s just a matter of scale,” he said.

Cumberland County and its school system have been in a no-growth posture for decades – unlike Wake County, which has grown beyond the county government’s capability to keep up when it comes to new schools. Some local officials have noted that lack of growth has eliminated the need for expensive new school buildings.

“We hope that changes in time,” Connelly said. “We want to be optimistic for what the future holds.”

Connelly hopes to develop what he called a strategic plan to improve academic outcomes for students and strengthen the organizational structure for faculties and staffs.

“We want to make sure our students can communicate in a global society,” he said. “It’s more important today for students to be able to interact with their peers.”

Connelly said he will get to know the community by taking part in a “listening tour” at seven locations around the county.

Connelly is a long-time clergyman as well as an educator. He has served as senior pastor of Saint Augusta Missionary Baptist Church in Fuquay-Varina for 18 years. That’s one-half of the 36 years he’s been in the ministry. He said the Board of Education is aware of his dual occupations and has encouraged him to continue his work with the church.

He promotes public education from the pulpit. The church’s June/July newsletter noted that the College Foundation of North Carolina is an excellent way to map out each year of high school and make plans to graduate with post-secondary and career-related options. Students should create an account to start receiving the benefits of this education tool, the program stated.