Sexual misconduct still an issue in the military 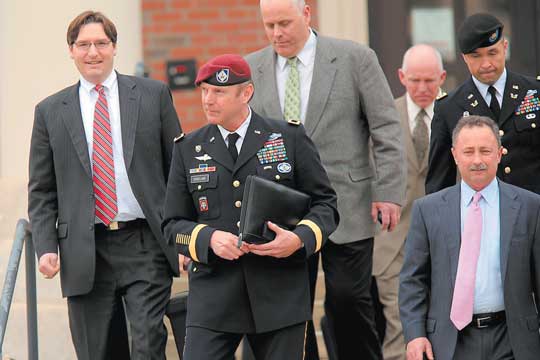 U.S. Sen. Martha McSally, R-Ariz., who is a retired U.S. Air Force colonel, was sexually assaulted by a superior officer during her 26-year career in the military. She said recently that when she tried to talk about it to military officials, she “felt like the system was raping me all over again.”

McSally disclosed this information during a Senate Armed Services committee hearing March 7. McSally said she did not report the rape because she did not trust the system and was ashamed and confused.

Reading from a prepared statement, she spoke of her pride in the military and her service to the country. She referred to “perpetrators” who had sexually assaulted her, an indication that she had been attacked more than once.

During a break, McSally spoke with a West Point graduate who detailed being raped by her commander. McSally’s revelation came soon after Sen. Joni Ernst, R-Iowa, told of her own abuse and sexual assault while in college. Ernst is a lieutenant colonel in the Iowa National Guard and U.S. Army Reserve.

McSally and Ernst bring a new perspective to the debate in Congress on military sexual assault.

Gillibrand has released her latest report on sexual assault in the armed services March 11, finding that many of the troubling trends from the previous two decades have continued to be a pervasive problem in the military.

“After reviewing yet another year’s worth of sexual assault case files at four of the biggest military bases in the country, I was appalled to see that sexual assault in our military is still as pervasive as ever,” she said.

Defense officials disagree, the Pentagon arguing that an increase in reported assaults reflects a greater willingness to report attacks rather than indicating assaults are rising. Advocates contend sexual assaults are a highly underreported crime, both in the military and society at large. Gillibrand said the public must demand that higher-ranking officials be part of the solution, not the problem.

According to court records, he was indicted on charges of rape seven months after a military judge dismissed related charges against him. The military justice system as it applies to felonies changed during that time.

The retired two-star general had been accused by the Army of rape, following an investigation dating back to early 2015. Authorities accused Grazioplene of numerous instances of raping a young girl repeatedly between 1983 and 1989, a span in which he lived for a time in Prince William County. He also lived and worked at Fort Bragg during that time.

Then, there was the sordid scandal of an 82nd Airborne Division assistant commanding general. Disgraced Brig. Gen. Jeffrey Sinclair pleaded guilty to having a three-year illicit affair with a subordinate officer, an Army captain. Sinclair, 51, was accused of forcible sodomy, adultery and conduct unbecoming an officer. Adultery is a crime in the Army. He struck a plea deal to avoid prison time. Sinclair was reprimanded and forced to pay a $20,000 fine. He was reduced in rank for retirement to lieutenant colonel.