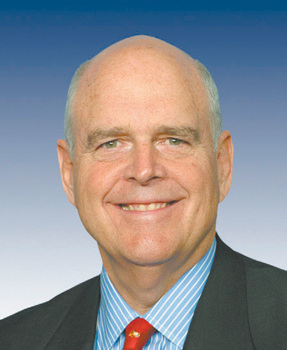 A federal criminal indictment unsealed April 2 in the western district of North Carolina charges the founder and chairman of a multinational investment company, a company consultant and a second North Carolina political figure with conspiracy to commit wire fraud, bribery, and aiding and abetting, concerning programs receiving federal funds. Hayes was also charged with three counts of lying to the FBI.

The defendants made their initial appearances April 2 before U.S. Magistrate Judge David C. Keesler in federal court in Charlotte.

“The indictment ... outlines a brazen bribery scheme in which Lindberg and his coconspirators allegedly offered hundreds of thousands of dollars in campaign contributions in exchange for official action that would benefit Lindberg’s business interests,” said Assistant U.S. Attorney General Benczkowski. “Bribery of public officials at any level of government undermines confidence in our political system.”

North Carolina Insurance Commissioner Mike Causey, also a Republican, reported what he believed to be suspicious activity to the FBI in January 2018. “These men crossed the line from fundraising to felonies when they devised a plan to use their connections to a political party to attempt to influence the operations and policies of the North Carolina Department of Insurance,” said FBI Special Agent in Charge John A. Strong.

According to allegations in the indictment, from April 2017 to August 2018, Lindberg, Gray, Palermo and Hayes devised a scheme to defraud the people of North Carolina by attempting to bribe the insurance commissioner to persuade him to take official action favorable to Lindberg’s company.

The defendants are accused of conspiring to offer and promise the commissioner millions of dollars in campaign contributions and other things of value, in exchange for the removal of the Department of Insurance senior deputy commissioner, who was responsible for overseeing regulations.

The details contained in the indictment are allegations. The defendants are presumed innocent unless proven guilty beyond a reasonable doubt in a court of law.