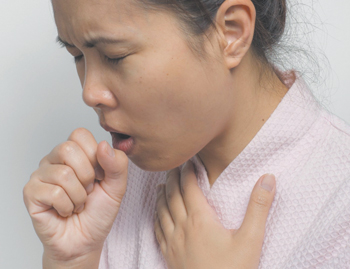 The Cumberland County Department of Public Health has been notified by the state that a local individual thought to have been infected with tuberculosis did not in fact have TB. Parents, faculty and staff at Village Christian Academy were so advised in late April. The Cumberland County Health Department received updated information and a recommendation from the Public Health Division of the North Carolina Department of Health and Human Services about a TB contact investigation conducted in February. Some individuals at the school were believed to have been exposed to a case of infectious tuberculosis. An investigation conducted by the state revealed that the individual was not infected.

The determination was made just as a scheduled second round of testing was to begin. Initial positive lab tests needed to be confirmed by growing the TB germ in culture, which can take six weeks from the time a specimen has been collected. None of the specimens collected, including the specimen that had the initial positive test, have grown the TB germ.

“We are notifying everyone that a second round of testing is not needed, based on results received from the state lab,” said Cumberland County Interim Health Director Duane Holder. “The contact investigation and first round of skin testing was the best course of action to protect potentially exposed students, faculty and staff,” he said.

“The Health Department acted according to state protocol … we had to wait six weeks for the culture results from the state lab.”

Consumption, or the White Plague, as TB was once known, has been around since the dawn of man. In 2014, a DNA study of a tuberculosis genome reconstructed from remains in southern Peru suggested that human tuberculosis is less than 6,000 years old. But there is evidence that the first tuberculosis infection happened about 9,000 years ago.

By the 1960s, industrialized nations were seeing the health benefits of economic improvement, better sanitation, more widespread education and particularly the establishment of public health practices for tuberculosis control. The rate of deaths from tuberculosis in England and Wales dropped from 190 per 100,000 population in 1900 to seven per 100,000 in the early 1960s. In the United States during the same period, it dropped from 194 per 100,000 to approximately six per 100,000. In the popular mind, tuberculosis was then a disease of the past.

However, in the mid-1980s, the number of deaths caused by TB began to rise again in developed countries. The disease’s resurgence was attributed in part to increased immigration of people from regions where tuberculosis was prevalent, and the spread of HIV. In the early 2000s, as a result of the rapid implementation of global efforts to combat the disease, the incidence rates stabilized. Globally today, the mortality rate from tuberculosis remains between 1.6 million and two million deaths per year. Anyone with questions about TB testing should contact the Cumberland County Health Department at 910-433-3638 Monday through Friday, 8 a.m. to 5 p.m.